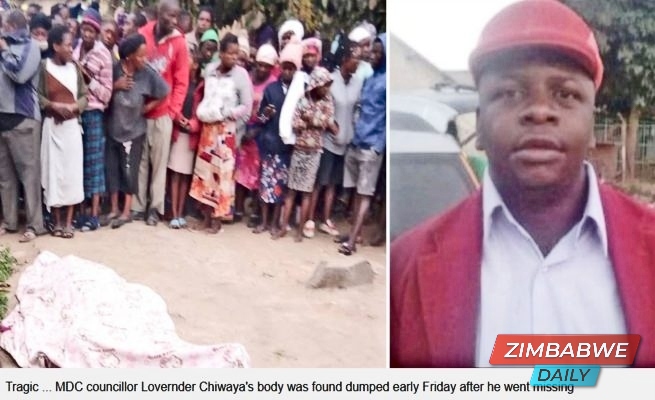 Chiwaya was found dead a few houses from his home last week on Friday in what is suspected abduction case.

This was revealed through a tweet by the MDC Alliance official handle.

The crowds marched through the streets singing songs such as “Tipewo nguva yekuchema gamba redu.”

This was despite the lock down restrictions that have been put in place.

So far the state has denied the possibility of an abduction.

Schools Go For 50 Days Without Teachers

Tsvangirai party at a crossroads

MDC supporters in Karoi defy ZANU, give a fitting sendoff to murdered councillor

MDC Alliance supporters thronged Karoi yesterday to pay their last respects and give a befitting sending off to Hurungwe Central District Chair and Ward 4 Clr, Lavender Chiwaya. Chiwaya was found dead a few houses from his home last week on Friday in what ...
Share via
x
More Information
x