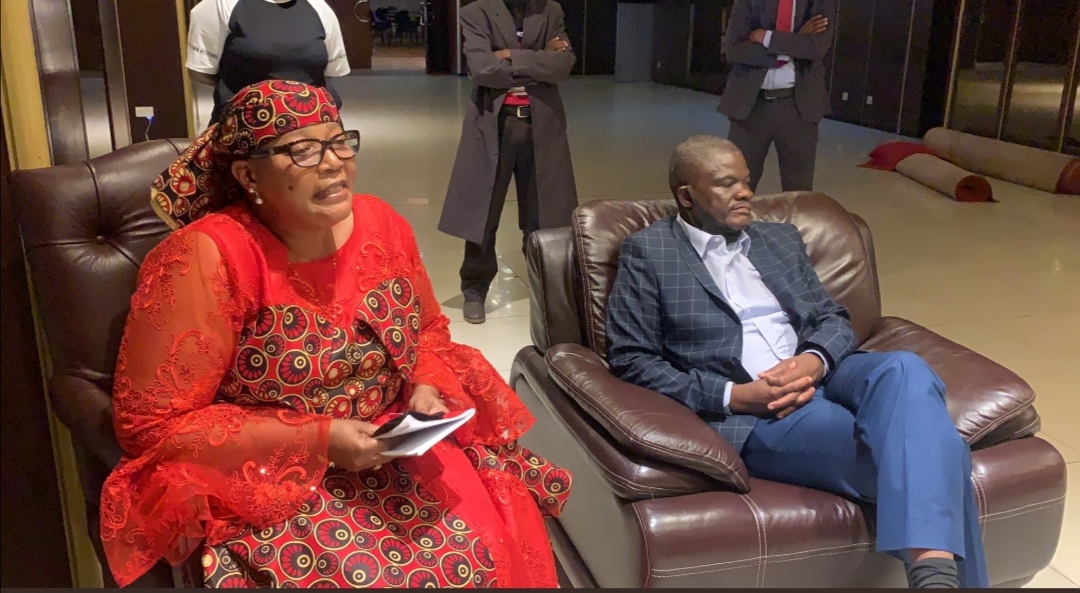 HARARE – Douglas Mwonzora was yesterday declared the winner in the chaotic and highly disputed contest which saw fellow candidate Thokozani Khupe abandon the process and expel Mwonzora before the voting was finalised.

Khuphe pulled out of the race citing massive voter fraud instituted by Mwonzora and was subsequently followed by the other two contestants, Ellias Mudzuri and Morgen Komichi.

Voting continued well into the early morning hours despite her efforts to try and stop the process.

The announced results saw Mwonzora get 883 votes against Khupe’s 118.

Mudzuri and Komichi managed to poll 14 and 9 votes respectively.

Before the votes were counted, Khupe called for an emergency press conference together with Komichi where they declared the votes null and void while she also announced that she was suspending Mwonzora.

“As the acting president of the MDC-T, I have called off the extraordinary congress which was taking place today at the HICC due to massive rigging…

“And with the powers vested in me as the acting president, I have with immediate effect suspended Douglas Togaraseyi Mwonzora as the Secretary-General of the party and he is not allowed to do anything.

“I am going to report to the National Executive that I have suspended him because he has put the party into disrepute with this massive rigging,” said Khupe while addressing the media.

She also backtracked on her earlier comments about the missing party funds, this time alleging that Mwonzora stole $6 million from the party.

However, Mwonzora rejected the suspension labelling it “an act of illegality,” and arguing that he cannot be suspended by a fellow candidate.

During his acceptance speech, Mwonzora also said the other three candidates were part of his plans within the party going forward.

“The three (Khupe, Komichi, and Mudzuri) are part of my leadership plans. I have respect for Khupe, she did a lot for this party and we should never forget,” Mwonzora said.

The Supreme Court ordered EOC happened under a dark cloud with massive chaos within the party as other contestants were suspended with claims that this was to clear Khupe’s path to victory.

On Friday, two days before the congress, the Office of the Treasurer General led by Chief Ndlovu released a statement that almost $6 million was unaccounted for and the party had no money for the EOC.

HARARE - Douglas Mwonzora was yesterday declared the winner in the chaotic and highly disputed contest which saw fellow candidate Thokozani Khupe abandon the process and expel Mwonzora before the voting was finalised. Khuphe pulled out of the race citing m...
Share via
x
More Information