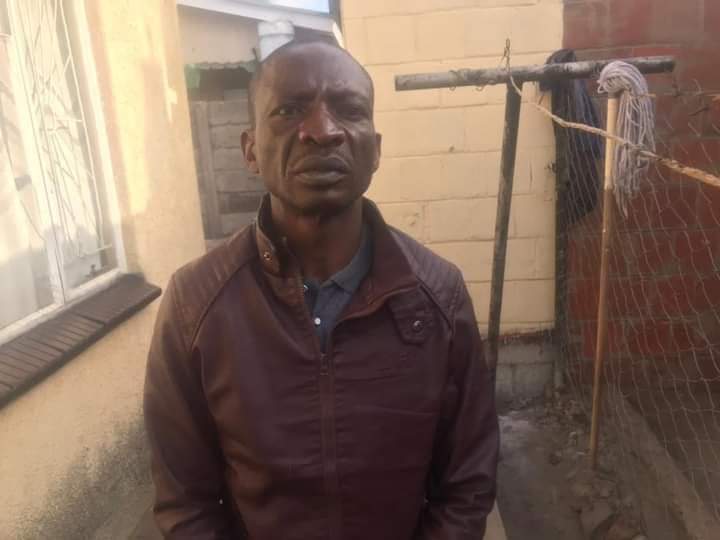 HARARE – Freed MDC activist Tungamirai Madzokere carried a broken figure as he narrated how he only got to know his wife had abandoned their matrimonial home eight months ago.
Dejected and seemingly out of sorts, Madzokere who alongside colleague Last Maengahama spent eight years in prison, showed journalists pictures of happier moments with his wife including those taken during his time in prison.
The two were acquitted by the Supreme Court last Friday and were released from Chikurubi Maximum Security Prison the same afternoon.
They were serving a 20-year prison term each, on charges of murdering a police officer Petros Mutedza in 2011.
Addressing journalists at Zimbabwe Lawyers for Human Rights (ZLHR) offices in Harare, Monday Madzokere said he was hurt as he had not committed any crime.
“When I was convicted, I was hurt because I knew I had not committed this crime, but I just told myself I was not the first one to be jailed especially considering the regime we are under,” Madzokere told the media.
“I accepted my fate and found solace in the solidarity I was given by party members, friends and family. However, my joy was short-lived when I got home after my release and found my wife had gone. She left home eight months ago. Those are some of the consequences of unlawful detention.
“She stood by me for a long time. We loved each other, we even considered having a white wedding while I was in prison, but we later suspended that. I do not blame her. She was a young wife, maybe she lost hope and probably wanted a happier marriage. When I got home she was not around, and she took all the household property. I do not even know where to start. As you can see I am very down.
“I am yet to get access to my children. I expected to get home and at least be happy again, but family members said they could not tell me while I was still incarcerated as they felt it could affect me,’ he added.
Meanwhile, Madzokere and Maengahama said they were yet to decide on their next move following their release from prison last Friday.
However, according to their lawyer, Beatrice Mtetwa, indications are that the duo is likely to sue the state, arresting and investigating police officers for lying under oath in court.

Added Madzokere: “I was very happy to know we had been acquitted and I would like to express my gratitude to our lawyers Beatrice Mtetwa, Charles Kwaramba, Gift Mtisi, and Jeremiah Bamu. If they had been around during the First Chimurenga War, Mbuya Nehanda would not have been hanged.”
While in prison, Madzokere managed to further his studies and now holds a diploma in public relations, and is in his final semester, studying for an honors degree in development studies.
He is also set to publish three books he wrote while in unlawful detention, and during the time he served as a voluntary ‘O’ Level sociology teacher to prison inmates and was the Chikurubi Prison Football Association’s chairperson.

HARARE - Freed MDC activist Tungamirai Madzokere carried a broken figure as he narrated how he only got to know his wife had abandoned their matrimonial home eight months ago.Dejected and seemingly out of sorts, Madzokere who alongside colleague Last Maeng...
Share via
x
More Information