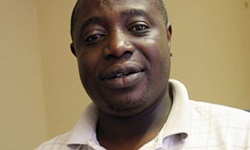 ZIMBABWE – The jailing of Chiredzi-based freelance journalist, Patrick Chitongo, for publishing an unregistered newspaper days after a landmark Constitutional Court (ConCourt) ruling is a cause for concern – media activists have said.

Voluntary Media Council of Zimbabwe (VMCZ) director, Loughty Dube said the jailing of Chitongo was a clear indication that government still had a host of other laws to suppress journalists with.

“That criminal defamation has now been outlawed is a reason to celebrate, but people should not over celebrate because there are still six or seven more laws that can be used to arrest and jail media workers,” he said.

Dube said VMCZ will be happy if government took a bold stance to reform or completely repeal laws such as Access to Information and Protection of Privacy Act
(Aippa), Public Order and Security Act (Posa) and insult laws which led to the jailing of Chitongo and arrests of several journalists in the past.

“Criminal defamation is just one of the many restrictions in the work of journalists and therefore there is need for the other restrictions to be wholesomely dealt with,” he said.

“Aippa and other laws that criminalise freedom of expression remain, including insult laws, but all the same journalists should indeed celebrate the death of criminal defamation. This is a move that many countries in Africa and beyond are yet to make and should be commended,” she said.

Misa warned that journalism was still far from being a safe profession and a lot of work was needed to protect access to information.

“While they (journalists) celebrate, they must of course remain cognisant of the fact that other legal instruments remain that curtail media freedom and freedom of expression and these include Aippa and insult and falsehoods provisions contained in the criminal law code. From here on it can only be hoped that the government is informed and inspired by the reasoning of the ConCourt on the fact that criminalising expression is a disproportionate measure for protecting rights and reputations of other people and move on to repeal all other laws of similar effect,” she said.

MDC-T spokesperson and lawyer, Obert Gutu concurred, saying the Zanu PF government was not known to respect court rulings and, therefore, while on paper journalists might feel safe in reality the opposite was true.

“Journalists have every right to celebrate the striking off of criminal defamation, but the government still has abductions if the law is not on their side, if the person of Prosecutor-General, whose office is protected by the Constitution can be arrested, what more can they do to a journalist,” he said.

Gutu said as long as there was no respect for constitutionalism and that government continues to hold on to repressive laws, media remained under threat.

“There is still a huge array of legislation that militates against freedom of the media. AIPPA and Posa have to be totally overhauled in order to eliminate legal provisions that make practice of journalism a hardazous affair.”

“The existence of snooping Bills makes it very difficult for local journalists to practice their profession without fear of favour. There is a criminal offence called publishing falsehoods that has brought immense misery to the local journalistic fraternity.

“A number of local journalists are currently facing criminal trial for allegedly publishing falsehoods. The Zanu PF regime should learn to respect the Constitution as well as to adopt a culture of constitutionalism,” he said.

ZIMBABWE - The jailing of Chiredzi-based freelance journalist, Patrick Chitongo, for publishing an unregistered newspaper days after a landmark Constitutional Court (ConCourt) ruling is a cause for concern – media activists have said. Voluntary Media Cou...
Share via
x
More Information
x