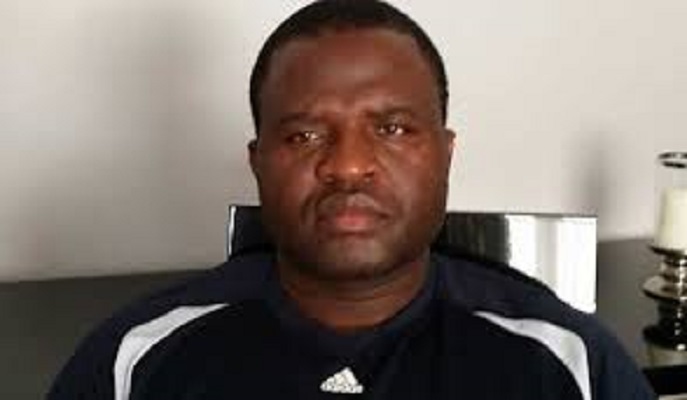 ZIMBABWE – The NewsDay of January 20, 2016 carried a very interesting story on a subject usually ignored when we talk about national healing and reconciliation; this is the issue of memorialisation; how we choose to remember, sometimes, a very difficult past?

It was reported that lawyer Tinomudaishe Chinyoka and Zengeza East MP Alexio Musundire (MDC-T) approached the Constitutional Court seeking to have the National Heroes’ Act declared unconstitutional and to bar President Robert Mugabe and Zanu PF from further declaring heroes.

It was argued that the powers given to Mugabe under Section 3 of the Act, are incompatible with the right to administrative justice or are otherwise in violation of the Constitution because of their arbitrary nature.

I will not get into the merits of this argument, but I will address the principles that are key to moving the discussion on memorialisation in Zimbabwe into the realm of promotion of truth, justice, healing and reconciliation.

How best can we understand memorialisation without making it sophisticated?

When a period of repression comes to an end, society will continue to bear both visible and invisible wounds. Its collective conscience is stained and brutalised. In a pool of blood, landmarks of repression stand out. Society comes to its crossroads, where it must decide to bury this past, but not its lessons.

It must attend to the wounds in a manner that reaches deeper than the bones of the wounded, deeper than the soul of the broken hearted. It must go beyond, into the spirit of a devastated nation and rehabilitate its national being back into humanity where it must still hold itself together.

If institutional reforms rehabilitate the physical aspect of society, memorialisation rehabilitates the spirit and not only cleanses its memory, but builds a new memory. (NTJWG Discussion Document on Memorialisation, 2015).

The constitutional challenge by Chinyoka and Musundire goes to the core of how as a society, we have allowed the manipulation of our liberation memory to just a few individuals. That, in turn has created a partisan approach to how, as a country, we remember our past. This is basically a debate about the narrative to our past. Who is a hero? What must we remember? What must we forget?

A strong sense of nationhood and belonging is an aspiration of every person and Zimbabweans are no exception. Borrowing from the Zimbabwe We Want document, “a nation is the aggregation of individuals, families, communities and ethnicities bound together by a combination of history, birth, geography and a common value system.

In general, a nation cannot be a group of people and communities that define and claim history, birth right, geographic space and political power to the exclusion of others who are categorised as, others.”

If we fail to locate memorialisation within the realm of our nationhood, our reconciliation project, then we risk using memory as a tool to perpetuate the conflicts of the past, promote domination of one group by another and even risk further committing the atrocities that we are trying to banish through our peace and reconciliation processes.

The challenges that Chinyoka and Musundire are pointing out are not unique to the process of declaring national heroes only, but they encompass the entire existing liberation and post-liberation narrative. Think of the images at the Heroes Acre which feature two men for every woman, suggesting that the participation of women in the liberation struggle was less significant than that of men. Think of the existing official narrative of Gukurahundi.

Think of the banned Gukurahundi memorial activities. Think of Owen Maseko’s banned exhibition. All these tell us that we are pursuing a policy on memorialisation that is not in harmony with the new constitutional dispensation which calls for national peace and reconciliation, which calls for honest truth telling, making of amends and provision of justice for the victims. (See Section 251-253 of the Constitution)

The ultimate goal of memorialisation is to bring closure, to be pre-emptive and to provide a platform to teach about national history in a way that is non-partisan but inclusive and redemptive. It must be realised that there is no common or single narrative of the past when it involves more than two groups or communities.

Teaching of history in education often fails to acknowledge cultural diversity and the multiplicity of historical narratives between and within communities. A good memorialisation process and positive memorial national policies are a means of ensuring recognition for the victims, as reparation for gross violations of human rights and as a guarantee of non-recurrence.

These noble goals sit at the heart of the citizens’ movement which resulted in the inclusion of the National Peace and Reconciliation Commission (NPRC). And as we prepare for the work of the NPRC, let us embrace the national dialogue that challenges the way our national memory of the past has been shaped? As Chinyoka and Musundire have commenced the dialogue at the Constitutional Court, the whole society must join in.

(See Guiding Principles for Transitional Justice Policy and Practice in Zimbabwe, 2015: 13) This is all that Chinyoka and Musundire are asking for.

We must engage our past collectively, and shape our history as honestly and truthfully as possible. Thoughts of the past must be processed properly in order that they may not become a sword that will harm us but a shield for protection. The past should not be allowed to rob us of our future. Truth telling must be expected, encouraged and celebrated as we rewrite a new national narrative in which all Zimbabweans are actors who belong.

In order to expel falsehood and memory of expedience/ selective amnesia and acknowledge our past evils, wrongs, successes and pains, Zimbabwean men, women and youths must be soldiers of memory. Multiple narratives of what happened must be publicly acknowledged in a non-adversarial way.

These stories become the collective memory of the past which informs us as the nation converses about its past. A new sense of nationalism will emerge in which all Zimbabweans can thrive. We will not be able to move forward if our past is not dwarfed by an incredible vision of a better future.

ZIMBABWE - The NewsDay of January 20, 2016 carried a very interesting story on a subject usually ignored when we talk about national healing and reconciliation; this is the issue of memorialisation; how we choose to remember, sometimes, a very difficult pa...
Share via
x
More Information