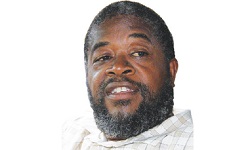 ZIMBABWE – Highlanders vice-chairman aspirant Kenneth Mhlophe has dismissed claims by his rivals that he is too close to Bosso chairman Peter Dube as the club prepares for elections today.

Bosso will hold elections at the Highlanders Club House this morning to fill the posts of vice-chairperson and treasurer.

Mhlophe will be up against Morden Ngwenya, the incumbent Mgcini Sibhalo Mpofu and Nkosinathi Ncube.

The Bulawayo-based businessman said factions would hinder development at Highlanders and vowed to work hard to unify club members if elected into office.

“There have been rumours that I belong to [the] Peter Dube [faction]. I do not belong to any faction within Highlanders,” he said.

“I am for the development of the club and I do not belong to anybody. There is a lot that has to be done for the club. I would want to come into the set-up with a business mind.

“Highlanders is a big brand and needs a business-minded person who will help to generate revenue. We are riddled with debts and we need to generate money as a club.”

Mhlophe said he was the right person for the position as he was mature.

“The team will not win if there are squabbles within the club. I would like to unite the team,” he said.

“There are so many things that need to be changed, for example, we still have pictures of players who are no longer in our system on our billboards, among other pressing issues.”

Mhlophe gave credit to the current executive for its efforts to promote junior development within the club.

He said the fact that the club had a Division One team would help develop players for the senior team.

Mhlophe said he was happy that the Victoria Falls supporters’ chapter had adopted Bosso’s Under 15 side.

“We need to groom our own players. It does not matter where they come from, but they must be taught the Highlanders culture,” Mhlophe said.

Zimbabwe: Backs to the wall, waiting

Mhlophe speaks out on Bosso 'Factionalism'

ZIMBABWE - Highlanders vice-chairman aspirant Kenneth Mhlophe has dismissed claims by his rivals that he is too close to Bosso chairman Peter Dube as the club prepares for elections today. Bosso will hold elections at the Highlanders Club House this mornin...
Share via
x
More Information
x