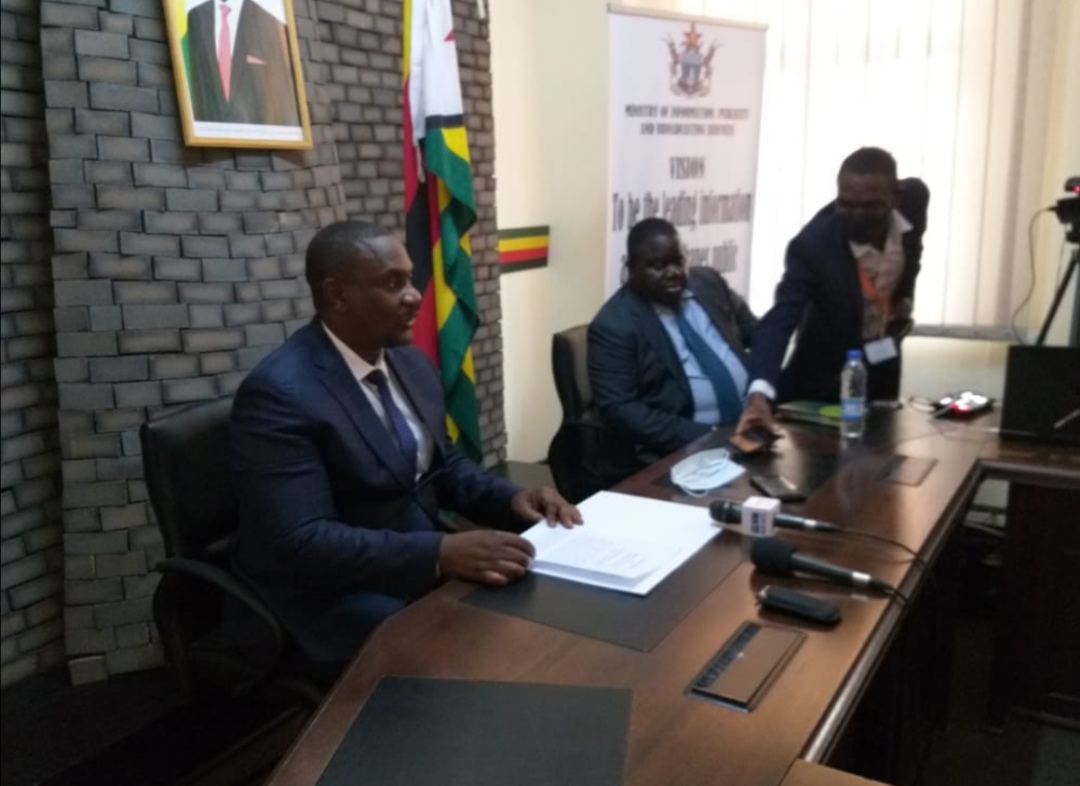 HARARE – State Security, Minister Owen Ncube on Monday accused the main opposition party, MDC-Alliance and some civil society groups of “conniving” with Western countries to smuggle guns into the country in a bid to unconstitutionally overthrow the Emmerson Mnangagwa led government.

The Minister said this while issuing a statement on the state of security in the country.

Ncube singled out MDC-Alliance, saying the country was under threat from the opposition party whose objective is to effect an illegal regime change.

Saying the opposition party and some civil society organisations were working with “their Western handlers” to destabilise the country.

The minister also said these groups were causing factionalism within Zanu-Pf through lying of about the existence of a rift between President Mnangagwa and his vice president, Rtd General, Constantino Chiwenga.

While also accusing G40 members,he singled out exiled Jonathan Moyo of trying to destabilise the state security through false accusations about security officers. The allegations come after the former Tertiary education minister exposed state security officials who are allegedly responsible for the massive abductions happening in the country.

“Zimbabwe’s security and stability is currently under siege from a number of threats being fomented by internal and external actors. The objective of this attack is to effect an unconstitutional change of Government following the outcome of the 2018 Harmonised Elections which was not favourable to the MDC-Alliance and it’s foreign backers. As State security arms of Government, we would like to assure citizens that we are watching the environment very closely and that we shall fulfill our mandate of ensuring peace, stability and development in Zimbabwe.

“We are watching attempts to drive Zimbabwe into chaos. Some rogue elements among us, are conniving with some Western governments to smuggle guns and set up so called Democratic Resistance Committees that are, for all intents and purposes, violent militia groups. These plans are key components of “Operation Lighthouse”, the brainchild of one Western power, that seeks to destroy the democratic foundations of Zimbabwe, make the country ungovernable and justify foreign intervention. As the State Security sector, we shall take concrete action to deal with such threat,” added the minister during his press brief.

The minster also said Zimbabwe’s economy was suffering because of the hostility the Zanu-Pf led government was receiving after it embarked on the controversial land reform programme.

Ncube also said the human rights violations that were being reported about were not true but rather fabricated by the opposition and hostile civil society groups.

He further warned that those who want to lead the country should wait for the 2023 elections and if they want to contribute now they should join the Political Actors Dialogue (POLAD). POLAD is a grouping of political parties that were convened by President Mnangagwa after the 2018 election, supposedly to dialogue on national issues.

However, the main opposition party, MDC-Alliance has refused to join this grouping arguing the dialogue is not genuine.

Zimbabwe has been facing an unprecedented political crisis characterised by the shrinking of the political space with many who oppose the government being victimised through courts and security forces.

These attacks on human rights has attracted a lot of criticism from within and outside the country.

However, Zanu-Pf has denied the existence of a crisis in the country, instead launching scathing attacks on anyone who calls them out.

Recently acting Zanu-Pf spokesman, Patrick Chinamasa said Moldova and Serbia were hosting insurgents who were being sent for training by the opposition party.

HARARE - State Security, Minister Owen Ncube on Monday accused the main opposition party, MDC-Alliance and some civil society groups of 'conniving' with Western countries to smuggle guns into the country in a bid to unconstitutionally overthrow the Emmer...
Share via
x
More Information