“We had a case of that kind last year where Vitombiko Ndau’s father came to report that his child was missing. The child didn’t return from school on July 2 and we opened a case of a missing person.

The father highly suspected her ex-wife snatched the child from school and took her to Zimbabwe on the fateful day,” Ramatshaba said.

The officer added that they started their investigations but they had to halt them as the father went to Zimbabwe to collect his child.

“We had communicated with our Zimbabwean counterparts. We had to halt our investigations since the father decided to go to Zimbabwe to collect the child,” he said.

Ramatshaba further said the boy’s father brought the boy home a few days back and they reported at the Woodhall Police Station yesterday.

“He managed to locate his child in Zimbabwe in December where he completed all the necessary immigration documents and arrived with the child in Botswana a few days back,” Ramatshaba said.

Ramatshaba further said the child is in good health and they have arranged for his reinstatement at Bothakga Primary School.

“We have since communicated with Bothakga Primary School authorities to re-admit the child into the school,” Ramatshaba said.

Upon their divorce the High Court granted the father custody of the child.

Ramatshaba indicated that the father could approach the High Court since he was deprived the custody of the child and the mother could be charged. 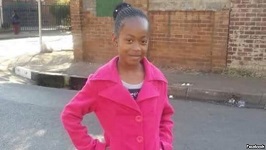 ZIMBABWE - Vitombiko Ndau went missing in the afternoon of July 2 in Lobatse. Detective Assistant Superintendent and CID officer-in-charge, Barulaganye Ramatshaba of Woodhall police station has confirmed the report. “We had a case of that kind last year ...
Share via
x
More Information
x