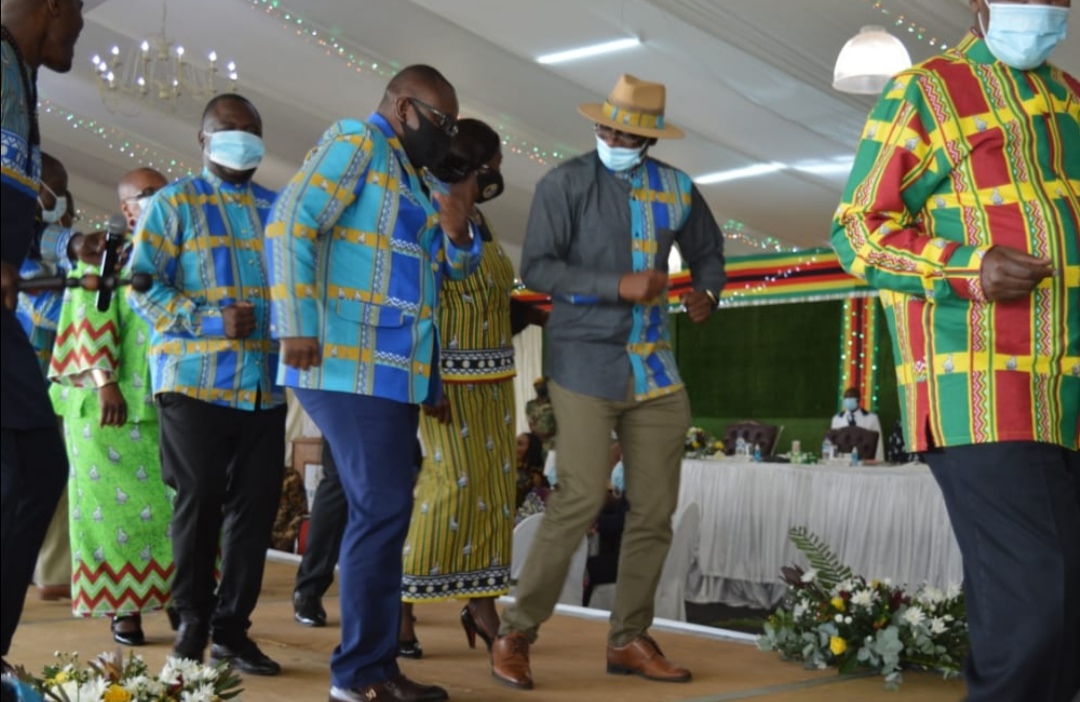 HARARE – The National Dress, an initiative spearheaded by First Lady Auxillia Mnangagwa has drawn criticism from the public as many questioned the prioritisation of issues by the government.

Launched on Saturday under theme “Zimbabwe, My Identity, My Pride,” many Zimbabweans took to social media to express their opinions on the issue.

Much of the comments centred on whether the ‘National Dress’ launch was such a priority in a context where the country is grappling with various challenges which include an economy on it’s knees and a struggling health system in the middle of a pandemic.

One such citizen who did not hold back in his criticism was veteran and award-winning journalist, Hopewell Chin’ono.

Commenting through his Twitter account, he said: “The things that Mnangagwa’s regime and ZANUPF take seriously are breathtakingly embarrassing and comical. 24 Zimbabwean citizens died in August alone at Parirenyatwa Hospital because the dialysis machines were down. Yet ZANUPF spends time investing in comical stuff like this!!!

The National Fabric is said to have been designed in consultation with various stakeholders from all the provinces in the country and some of it’s features include the Zimbabwean bird, chiffons and the national flag colours.

“The role I played as First Lady of Zimbabwe was to ensure inclusivity that no ethnic or other groups were left behind. I am sure that after this, we will see academic gowns, chiefs and Parliament robes. The launch on Saturday will be a beginning, not an end.” read part of the statement from the First Lady ahead of the launch.

According to the Permanent Secretary in the Information Ministry, Nick Mangwana there was a presentation which covered various categories such as sportswear, babywear, formal/ executive wear, women’s wear and Presidential shirt among others.

HARARE - The National Dress, an initiative spearheaded by First Lady Auxillia Mnangagwa has drawn criticism from the public as many questioned the prioritisation of issues by the government. Launched on Saturday under theme 'Zimbabwe, My Identity, My Prid...
Share via
x
More Information