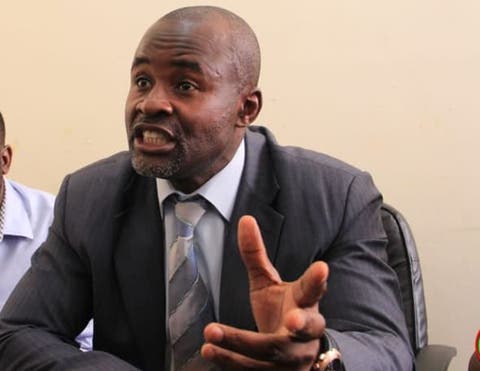 HARARE – Norton member of parliament Temba Mliswa has questioned the criteria used to confer hero status to individuals after the government on Sunday announced that the late Transport Minister Joel Biggie Matiza had been declared a national hero.

He was subsequently declared a national hero together with the former Prisons boss Paradzai Zimondi (74) who also succumbed to the virus on the same day.

In a series of tweets, the independent legislator said the inconsistencies in conferring hero status was “shocking.”

“I have no problem with the late JB Matiza, who was a hardworking Minister. However, the conferring of hero status on him become a problem when one realizes epic war veterans like Dumiso Dabengwa are not there. The inconsistencies are just shocking.

“Is this the start of a changing criteria considering JB was never part of the struggle? He could have been made a provincial hero, yes but having overlooked other meritorious war veterans only to confer some like JB is shocking. What is the criteria now? Is there even one?” said Mliswa.

Realising his mistake on the late Dumiso Dabengwa who was declared a national hero but his family decided against burying him at the national shrine, Mliswa reiterated his point that there was still need for a constant criteria.

“An oversight, yes Dabengwa was made a hero but the point remains the absence of a national criteria, solid and recognizable is making Heroes Acre meaningless. The criteria cannot be wavering and politicised template tinkered with a whim,” he said.

Mliswa further said the Heroes Acre had lost its meaning and that is the reason why the late former President Robert Mugabe had rejected to be buried there.

“No wonder Mugabe refused to be buried there, the place has lost meaning due to politicisation. There are many war veterans, Zapu people, not buried there but have enough credentials. Taifunga kuti avekuHeroes zvine zera, it appears that’s not the case yangove ndonga ndonga.”

He said the current selection process would result in a National Acre filled with supporters of those in power only.

“The end result of a criteria that is not national but political and partisan is that we shall ultimately have a shrine that is littered with henchmen of those with power and not necessarily national heroes.

“The place is supposed to embody the values of people whom we look up to across the political divide; whose legacies span the limitations of ordinary people. It’s not supposed to be a mere private burial ground for recompensing political allies.

“We cannot use a national shrine to settle personal and political scores. Today it’s not a place that cements one’s legacy as a national hero as anyone can be buried there. Mugabe started this whole thing by refusing personal opponents the right to be buried there. Now pafumuka,” he said.

The conferment of national hero status has sparked some controversy in recent times after a number of “deserving” individuals have been overlooked on the basis of political affiliation.

HARARE - Norton member of parliament Temba Mliswa has questioned the criteria used to confer hero status to individuals after the government on Sunday announced that the late Transport Minister Joel Biggie Matiza had been declared a national hero. Matiza (...
Share via
x
More Information