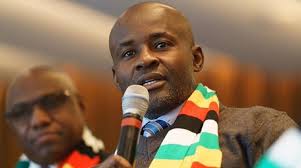 HARARE – Norton legislator Temba Mliswa has threatened to table a motion in parliament supporting a law to jail journalists who publish reports considered defamatory or false.

This follows a week where some media sections published claims from an ex-girlfriend that he was homosexual and that he was involved in rituals to become the next president.

In a press conference, today in Harare, the Norton member of parliament Zanu-PF has always wanted to curtail media freedoms and now he will gladly move the motion.

“If there is ever going to be a time that I am going to move a motion in parliament against journalists to be given five years is this time around because you cannot at all rule by the stroke of the pen and lie. We stand for you when you are arrested for lying, we say it’s unfair.

“We stand for you, we defend you because we believe you are key but now as a legislator, I am forced to protect the innocent person, not me by those who abuse the stroke of the pen. There must be a law that has got to come in and you know that the ruling party has always wanted to curtail you. I will move the motion, they have two thirds and the bill will pass,” he said.

Mliswa accused some journalists of being paid to undertake smear campaigns against other people.

“Is pen to paper so powerful that you wake up and write what you want to destroy one’s life? Has that become the drawing line of who we are, where if you believe you hate somebody you are paid to write a scathing article. So how do we reverse all this now? And with our laws which don’t protect us when we sue you, you think you can get away with it. They will also give you lawyers to sponsor you. May your conscious be your master.  Where is the conscious in these young people’s lives that you destroy, how do they repair their lives,” he added.

“Zinyama has a wife, children and family to protect and it is immoral for him to become a target of unfounded malice. Again I reiterate that I refute the accusation and put it to the highly defamatory allegations of either Zinyama or myself being homosexual to the strictest proof, therefore.”

He said the accusations against him by the estranged ex-girlfriend was a cry for attention.

HARARE - Norton legislator Temba Mliswa has threatened to table a motion in parliament supporting a law to jail journalists who publish reports considered defamatory or false. This follows a week where some media sections published claims from an ex-girlfr...
Share via
x
More Information
x