Mnangagwa grabbed our party and we want him out: Kasukuwere outfit 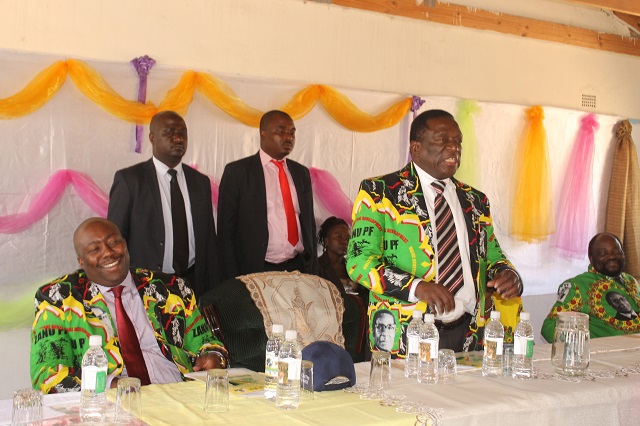 HARARE – The political outfit pushing for former Zanu PF political commissar Saviour Kasukuwere to take over from President Emmerson Mnangagwa has confirmed it is fully supporting attempts by a ruling party member seeking the removal of President Mnangagwa at the High Court.

Tyson Wabantu is pushing for the election of Kasukuwere in the next presidential poll in 2023 as Zimbabwe’s new leader. But two years before the poll, Sybeth Musengezi, a self-proclaimed Zanu PF member, has filed a High Court application seeking the removal of President Emmerson Mnangagwa from the powerful position of ruling party secretary.

When the army turned its guns against him in November 2017, Mugabe appealed without success for the Southern African Development Community (SADC) and African Union to restore him to the highest seat of power in the country.

Msipha said, “We have been looking forward for this case to be brought to court because this is what many people have been talking about over the past few years. Mnangagwa was not properly elected. He grabbed the people’s party, he grabbed our party.

“There are many things that were not done properly when he became the leader of the party. The court case clearly lays out all the pitfalls of his rise to power.

“The Central Committee, as stated in the court documents, had not power to convene a meeting and elect Mnangagwa as the new leader of the party when Mugabe was still alive. Mnangagwa was expelled from the party and government post of vice president.

“And so, the Central Committee did not have any power to bring him back. It’s very important for such matters to be taken to court so that everything is cleared about Mnangagwa’s election by a Central Committee that was wrongly convened.”

Msipha said the ruling party was a people’s project but now its in Mnangagwa’s hands.

“This was our party as we were in the cells, districts and other structures. We never wanted a situation in which the party will be owned by an individual and his friends. It was literally grabbed by Mnangagwa and his allies for their own benefit.

“This court case is only the beginning of what will happen soon as there are some people in the party right now who are also questioning Mnangagwa’s leadership. They want him to go. To make matters worse, people don’t like him.”

He said true Zanu PF patriots want President Mnangagwa to be removed from the post of ruling party secretary so they can elect a new leader.

“We don’t want him. He is ruining our party and he knows clearly well that the majority of Zanu PF members don’t like him.”

In opposing documents filed by the party’s administration secretary, Obert Mpofu, and Godwills Masimirembwa, a senior party official based in Harare, the respondents, inclucing Mnangagwa, claim that the court case has not legal standing as Section 87 of the country’s constitution grants the president immunity from prosecution.

Masimirembwa claims that Musengezi was “planted” by Kasukuwere, popularly known as Tyson, in one of the districts in Harare, in an attempt to cause friction in the ruling party.

According to The Standard newspaper, Masimirembwa affidavit filed in court reads in part, “lt is believed, on investigation by the district coordinating committee security that reports to me as chairman of DCC 4 Harare and also acting chairman of the Harare Province, that Applicant was “planted” into the relevant district, without the relevant credentials for political and other reasons by the former secretary for the commissariat Saviour Kasukuwere, with whom he is allegedly related.”

Some of the papers filed by Mpofu further state that President Mnangagwa has championed development in Zimbabwe since he was elected president and therefore he cannot be removed from the post of party secretary through a court process.

“It cannot be sensible or convenient for this Honourable court to be invited to upset these national programmes, at the whim of some unknown figure, whose background and credentials are suspect and boarder on factional political interests … “

According to President Mnangagwa’s attorneys, the court case should be struck off the High Court register as judges have no authority to preside over a case involving a sitting president.

Mnangagwa grabbed our party and we want him out: Kasukuwere outfit

HARARE - The political outfit pushing for former Zanu PF political commissar Saviour Kasukuwere to take over from President Emmerson Mnangagwa has confirmed it is fully supporting attempts by a ruling party member seeking the removal of President Mnangagwa...
Share via
x
More Information