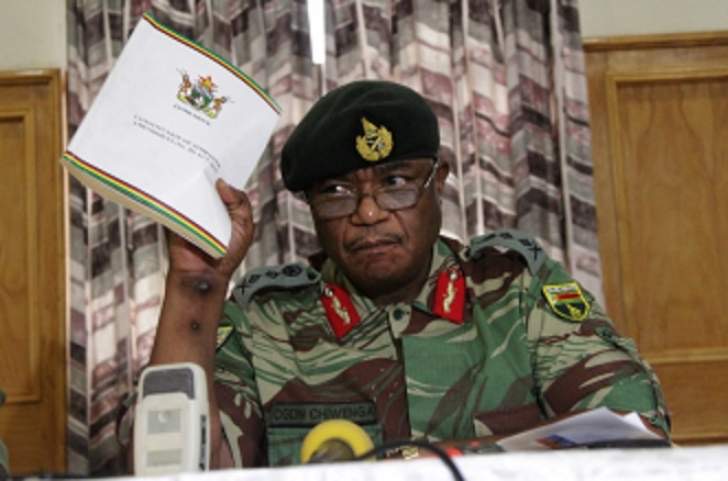 HARARE – President Emmerson Mnangagwa embarked on a reshuffle spree of almost all top military personnel soon after the military coup to contain his deputy, but rival Constantino Chiwenga, observers have noted.

This was revealed by prominent analyst, Dr Phillan Zamchiya during the launch of a book at SAPES Trust, ‘Remembering Robert Mugabe- Politics, Legacy and Death’, written by Richard Mahomva.

Zamchiya posits that Zanu PF at this interregnum, faces intra-party divisions from the presidium to the cell but a “coercive machinery keeps it breathing”.

He said that there is a power struggle between Mnangagwa and Chiwenga since the two men conspired to overthrow Mugabe in the November 2017 military coup adding that the Zanu PF leader has been working to sideline his deputy from the critical levers of state and party power.

He gave a list of almost all reshuffles that Mnangagwa made to weaken Chiwenga and this involved demotion and reassigning of some military generals.

Zamchiya said Major General Sanyatwe, who was commander of the Presidential Guard Brigade was replaced by Brigadier General Fidelis Mhonda.

“Air Marshall Shebba Shumbayaonda, who was the acting commander of the air force during the coup was reassigned.

“Major General Martin Chedondo and the late Major General Douglas Nyikayaramba were reassigned to the ministry of Foreign Affairs,” he said.

In August 2019, the commander of the artillery brigade in Domboshava, Brigadier General Stanley Mangena, who was in charge of the artillery during the coup, was “humiliated” and moved to command agriculture and replaced by General Sydney Singizi, a close ally of Mnangagwa.

Lieutenant Colonel Mangezi took over from Samson Murombo who was accused of plotting to kill Mnangagwa by the First Lady, Auxillia Mnangagwa.

However, Zamchiya notes that Chiwenga is also fighting back following a remarkable admission by Zanu PF that there are internal forces trying to remove Mnangagwa and replace him with Chiwenga.

This comes after the party’s secretary for security, Lovemore Matuke made a report to the politburo on 29 July 2020 and implicated party members who were accused of working with the opposition to topple Mnangagwa.

“This was so serious that former politburo members Cleveria Chizema and Tendai Savanhu were expelled from the party on 19 August for ‘serious treachery’.

“A Youth League member, Tinashe Maduza, was also expelled in early August 2020 for printing the flyers for the demonstrations. Some posters were written ‘our generals liberate us from Mnangagwa,” Zamchiya said.

HARARE - President Emmerson Mnangagwa embarked on a reshuffle spree of almost all top military personnel soon after the military coup to contain his deputy, but rival Constantino Chiwenga, observers have noted. This was revealed by prominent analyst, Dr Ph...
Share via
x
More Information