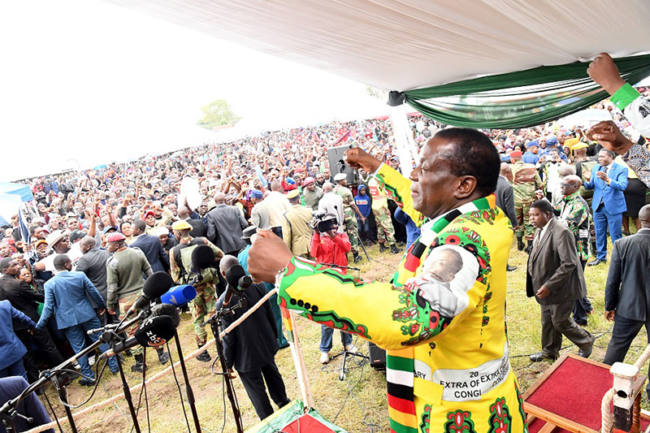 HARARE – President Emmerson Mnangagwa has assured Epworth residents that his Government will give them biometric title deeds to regularise their homes. Mnangagwa on Saturday reaffirmed the promise he initially made when he launched the ZANU PF by-elections campaign in Harare’s dormitory settlement early this year. Addressing ZANU PF supporters at a rally in Epworth on Saturday, 23 April, to celebrate ZANU PF legislator Zalerah Makari’s by-election victory, Mnangagwa said the process to offer title deeds to residents was delayed by the proliferation of fake title deeds.

He said the title deeds for Epworth residents would be of the same type as the recently introduced electronic passports. Mnangagwa said:

We promised you title deeds, I remember telling you the last time that we had completed the geospatial mapping, which allows us to see the state of the settlement and we were ready to give title deeds.

However, our security told us that some crooks were printing their own title deeds. We had to go back to the drawing table and find a way around that, we are now introducing biometric title deeds with security features.

These are title deeds which cannot be fraudulently printed by individuals. These title deeds have the same security features as e-passports.

We procured equipment from Germany, which allows us to print secure documents with impenetrable security features.

Mnangagwa also promised to solve all of Epworth residents’ challenges that were forwarded to him by Makari for action. He said:

Yesterday, your MP (Makari) told me that there is a struggle for water in Epworth.

I have four Presidential borehole drilling rigs, three that are in Harare and one in Binga.

So yesterday around 6 pm I called the team running the scheme and I told them of this event, I told them that they should spend the night drilling one borehole.

I am proud to say by this morning they had completed drilling the borehole and installing the whole system.

It will take time to solve water challenges because there are structural issues which need to be taken care of.

But in the meantime, we will put two boreholes in each of the seven wards in Epworth.

HARARE - President Emmerson Mnangagwa has assured Epworth residents that his Government will give them biometric title deeds to regularise their homes. Mnangagwa on Saturday reaffirmed the promise he initially made when he launched the ZANU PF by-elections...
Share via
x
More Information