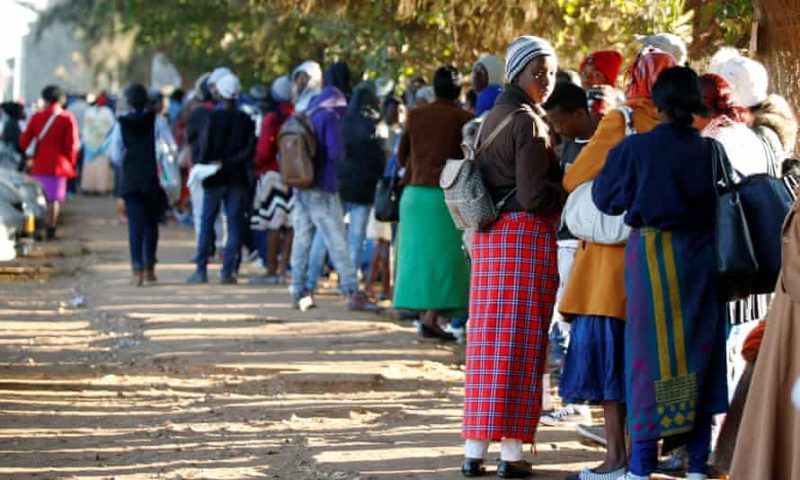 HARARE – Government says delays in the processing of identity documents, passports and birth certificates is a result of sanctions imposed on the country by the West.Giving oral evidence to the Defence Parliamentary Portfolio committee after Gwanda Residents Association petitioned Parliament on the matter, Home Affairs permanent secretary Aaron Nhepera said most of the equipment used in the production of the national identity documents were imports which were difficult to purchase due to ‘illegal’ sanctions.

Committee chairperson Levi Mayihlome demanded answers from Nhepera and the deputy registrar general Ben Mpala on why many people were failing to access these documents especially those from Matabeleland South region.

“There are a lot of administrative and legal issues surrounding the issuance of identity documents. People are having challenges in acquiring primary documents. Since 2019, this committee has been seized with this matter. Practically, nothing is taking place on the ground to improve the situation,” said Mayihlome.

Nhepera responded alleging that the department of Civil Registry was encountering a variety of challenges.

“Lack of resources had led to shortages of materials resulting in accumulation of applications for primary documents. The other challenge is illegal sanctions imposed on our country that have also been a major constraint. For instance, a payment made for an international supplier for a sizeable amount of a consignment a couple of months back was recalled on account of sanctions. Another effort to also acquire some consumables with another partner failed due to the same reason. We are potentially facing a crisis in this area as a result of illegal sanctions,” said Nhepera.

He added that efforts must be made to have sanctions removed.

He also blamed the Covid-19 outbreak.

HARARE - Government says delays in the processing of identity documents, passports and birth certificates is a result of sanctions imposed on the country by the West.Giving oral evidence to the Defence Parliamentary Portfolio committee after Gwanda Residen...
Share via
x
More Information