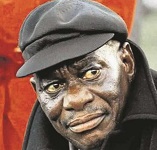 ZIMBABWE – More properties belonging to the estate of the late General Solomon Mujuru have been identified registered in various companies he co-owned with businessman Mr James Makamba, who is in self-imposed exile.

Mujuru family lawyer Mr Thakor Kewada, wrote to the executor Mr Stern Mufara, informing him of the existence of the properties.

The letter was also copied to the Office of the Master of the High Court and it is now part of the file.

This was after Mr Mufara had already tendered a first account of the estate, which had a few properties, a development that led the private media into prematurely describing the late hero as a “pauper”.

The first account of the estate had assets registered in the name of the late national hero only and the executor indicating that he was still trying to identify more assets belonging to the estate, but registered in other names.

According to Mr Kewada, the late national hero and Mr Makamba were co-directors in six companies namely:

When the two had a fall out, they agreed to share the properties owned by the companies and Mujuru’s share remained registered under the name of Thurlow.

The agreement between the late Gen Mujuru and Mr Makamba was also filed with the office of the Master of the High Court for consideration in asset identification and sharing.

He was also given Stand Number 242 Wray Avenue, Bindura and Bindura Dog Kennels at Stand Number 1A Artherstone Road.

All the properties allocated to Gen Mujuru were registered under the name of Thurlow and Company, while Makamba got several others including Stand Numbers 1399 to 1403 Muhacha Drive in Bindura.

Meanwhile, the estate has been ordered to pay the former owners of Ruzambu Farm — Hanagwe Investments, $1,5 million as compensation of movable assets that perished in the hands of the late national hero at the height of the land reform programme.

The late national hero since 2004, and for unknown reasons, just sat on the summons and did not even challenge the claim despite provisions available protecting him, until his death in August 2011.

Hanagwe, through its lawyers Gill, Godlonton and Gerrans, filed an application for default judgment in 2012, which was finally granted in August this year.

High Court judge Justice Mary Dube ordered Gen Mujuru posthumously, together with the Minister of Lands and Rural Resettlement, Minister of Local Government and the then war veterans leader in Beatrice — a Cde Zhou — to pay $1 469 440 to Hanagwe.

However, the two ministers were cited in their official capacities and their property cannot be attached over the case leaving the estate of the late Gen Mujuru vulnerable.