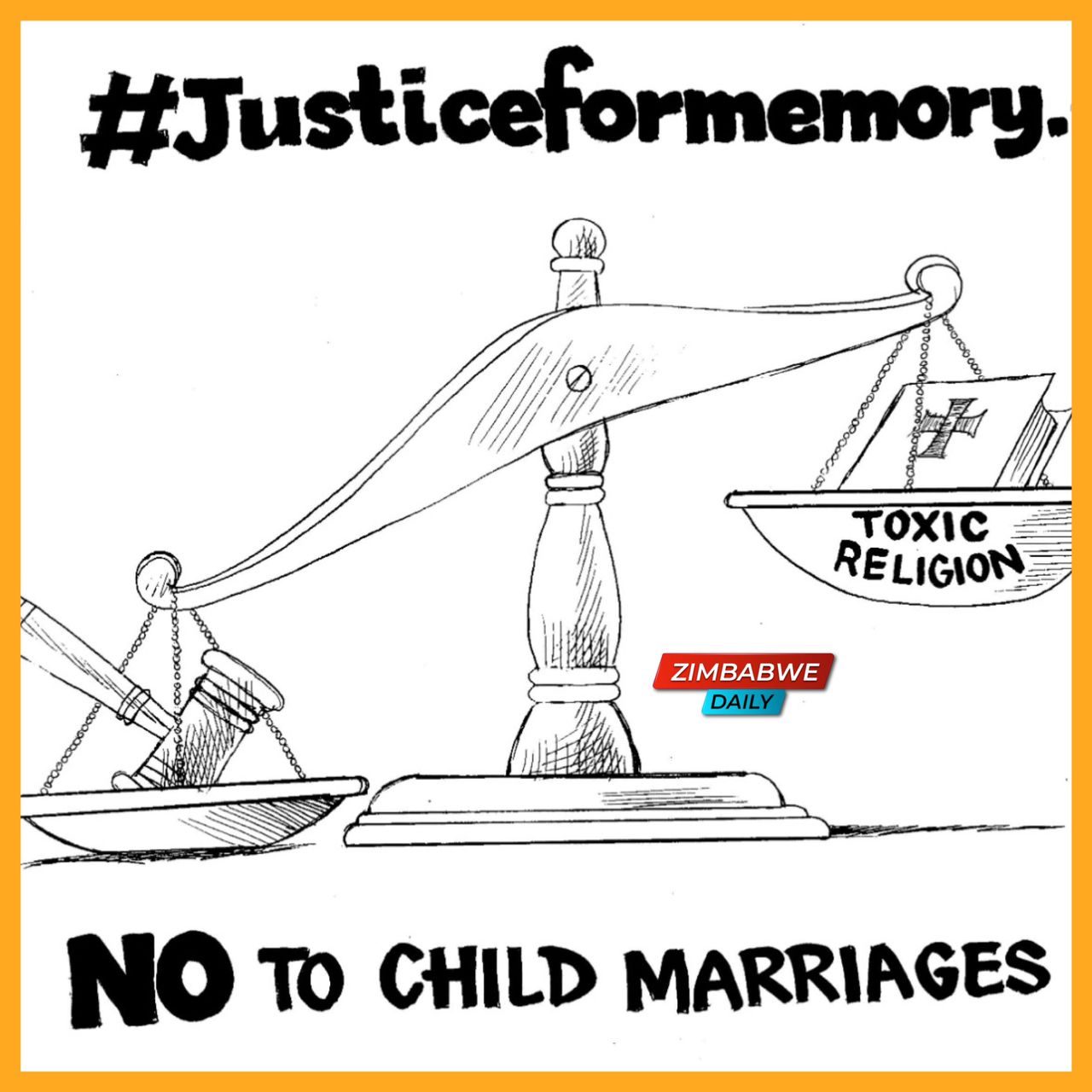 Teenage pregnancy has become commonplace in our communities with social determinants of health, such as low education and low income levels of a teen’s family, contributing to these high adolescent birth rates.

The pregnant girls and young mothers then face high levels of stigma from their peers at school, from school officials, and from their community which then contributes to students dropping out, discouraging them from re-enrolling.

Due to this sad reality, tens of thousands of adolescent girls drop out of school.

In nearly one-third of African countries, young girls who are pregnant face significant legal and policy barriers to continue their formal education, Human Rights Watch has said in a report, but most African governments, now protect education access through laws, policies, or measures for pregnant students or adolescent mothers.

Before the Covid-19 pandemic, Africa already had the highest birth rate among adolescent girls globally.

HRW says throughout the Covid-19 pandemic, teen pregnancies have further increased due to school closures, lack of protective spaces for girls, and an increase in violence within communities.

Pregnancies among minors and teenage girls is already one crisis, but what it leads to makes it worse as it is one of the barriers to girls continuing their education and often a consequence of girls dropping out of school.

Numerous studies have shown that the longer a girl stays in school, the less likely she is to be married as a child or become pregnant during her teenage years.

“Many pregnant girls and adolescent mothers in Africa are still denied their basic right to education for reasons that have nothing to do with their desire and ability to learn,” said Adi Radhakrishnan, Leonard Sandler fellow in the Children’s Rights Division at HRW.

“The authorities shouldn’t arbitrarily withdraw girls’ access to education as a punishment for becoming pregnant.”

A significant number of countries across the continent have taken important steps in recent years to protect the right to education of pregnant students and adolescent mothers.

Over 100 pieces of legislation and regulations pertaining to education, gender equity initiatives, and sexual and reproductive health programmes and policies were examined by Human Rights Watch across the AU with 38 of the 54 African nations having laws, policies, or other measures that safeguard adolescent education during pregnancy and parenting.

In recent years, some of these nations have changed their unfavourable policies. A 1978 directive that prohibited teen moms and expectant pupils from attending school in Togo was abolished in March 2022.

In Niger, legislation that dismissed married students from school permanently and temporarily because they became pregnant was overturned in 2019 and replaced with a new policy that clearly safeguards students’ access to an education.

The report also found that countries in northern Africa generally lack policies related to the treatment of teenage pregnancies in school, but in parallel, impose heavy penalties and punishments on girls and women who are reported to have had sexual relationships without being married.

“In Libya, Mauritania, and Morocco, girls and women who have sexual relationships outside of marriage risk heavy penalties and criminal punishments. Elsewhere in North Africa, girls and women with children born outside of marriage are often perceived as bringing dishonour to their families. Girls in these situations might not be allowed or able to stay in school since they would be exposed to public ridicule and social stigma,” says the report.

“In Congo (Brazzaville), authorities have claimed that they guarantee re-entry for students after childbirth by, among other measures, bringing criminal charges against men who impregnate women and girls under the age of 21.

“Pregnant students or adolescent mothers continue to experience discrimination and exclusion in the absence of additional policies that explicitly protect education access, and address social, financial, or academic barriers to continuing formal schooling.”

According to reports, married students in Egypt who are expecting or have children can continue their education at home.

The national home-schooling policy in Egypt, however, makes no mention of pupils who are moms.

“Home-based education is not tailored to the academic needs of pregnant students or mothers. Yet married students, with parental support, are able to request textbooks for use at home and take annual exams,” says HRW.

But Human Rights Watch found that “students who become pregnant outside of marriage do not generally receive the same support and encouragement to continue their education at home. And they risk grave consequences including violence, and in some cases even murder, by their male relatives.”

Some countries, have for sometime tried to ensure that regardless of whether they are pregnant, married, or mothers, every girl has the right to an education.

Since 2005, the Seychelles has had a policy that lays out precise steps for parents, schools, and other stakeholders to follow in order to assist pregnant students with finishing their official education.

“When a student of compulsory school age becomes pregnant, she is explicitly, ‘allowed to remain in the same school for the first six months of her pregnancy.’ After six months, the student ‘may leave school to have her child’ and may return to the same school after giving birth, providing girls the choice to take maternity leave rather than imposing a compulsory period of absence,” reports HRW.

A law protecting pregnant and parenting students from expulsion or exclusion from school and requiring schools to permit them to re-enter after childbirth has been in effect in Burkina Faso since 1974.

An official ministerial guide on preventing “early sexuality” was released by the Education Ministry in 2021.

Niger has consistently had the highest rates of early marriage and childbearing in Africa, and has had an active conflict since 2012, according to the HRW. In the west African country, 48 percent of young women were already mothers before the age of 18 in 2012, one of the most recent years for which data is available.

According to the United Nations Population Fund, between 2015 and 2020, 76 percent of young women in Niger were married by the age of 18.

The Nigerian government however revoked a 1978 rule that barred girls from attending school while they were pregnant and permanently after marriage in February 2019.

The government of Guinea-Bissau published a proposed child protection law in March 2022 that has significant safeguards for pregnant girls and teen moms to access education and receive the support they need to stay in school.

Recently, the Central African Republic took action to formalise supportive safeguards for education. A student who falls pregnant is now guaranteed the opportunity to return to elementary or secondary school under Article 72 of the Child Protection Code of 2020.

The HRW has called upon all AU members to make sure that pregnant, mothering, or married students can complete their studies without hindrance or onerous procedures, and that stigma and discrimination are not tolerated in schools.

The rights watchdog also called on countries that have no policy on pregnant students and adolescent mothers, to adopt a policy that fully meets the government’s human rights obligations.

At least five sub-Saharan African nations, including Mozambique, Zimbabwe, Sierra Leone, Uganda, and Sao Tomé and Principe, have either repealed or enacted laws or policies that let pregnant students and adolescent mothers to remain in school under specific circumstances since 2019.

Following policies like these would be a good start.

Sierra Leone’s “Radical Inclusion” policy, which was enacted in March 2021, reaffirms the right to education of teenage mothers and pregnant adolescents.

Additionally, it stipulates that young women can continue attending school while they are pregnant and return when they are ready to do so without having to comply with onerous requirements, take a required maternity break, or face other limitations.

In 2020, President Mnangagwa signed a law making it illegal for schools to expel pupils who are pregnant, a measure women’s rights campaigners said would help tackle gender inequality in the classroom and stop many girls from dropping out of school.

Prior to the amendments of the law, school authorities could expel a girl for falling pregnant but spare the boy responsible for the same pregnancy.

Teenage pregnancy has become commonplace in our communities with social determinants of health, such as low education and low income levels of a teen’s family, contributing to these high adolescent birth rates. The pregnant girls and young mothers then f...
Share via
x
More Information