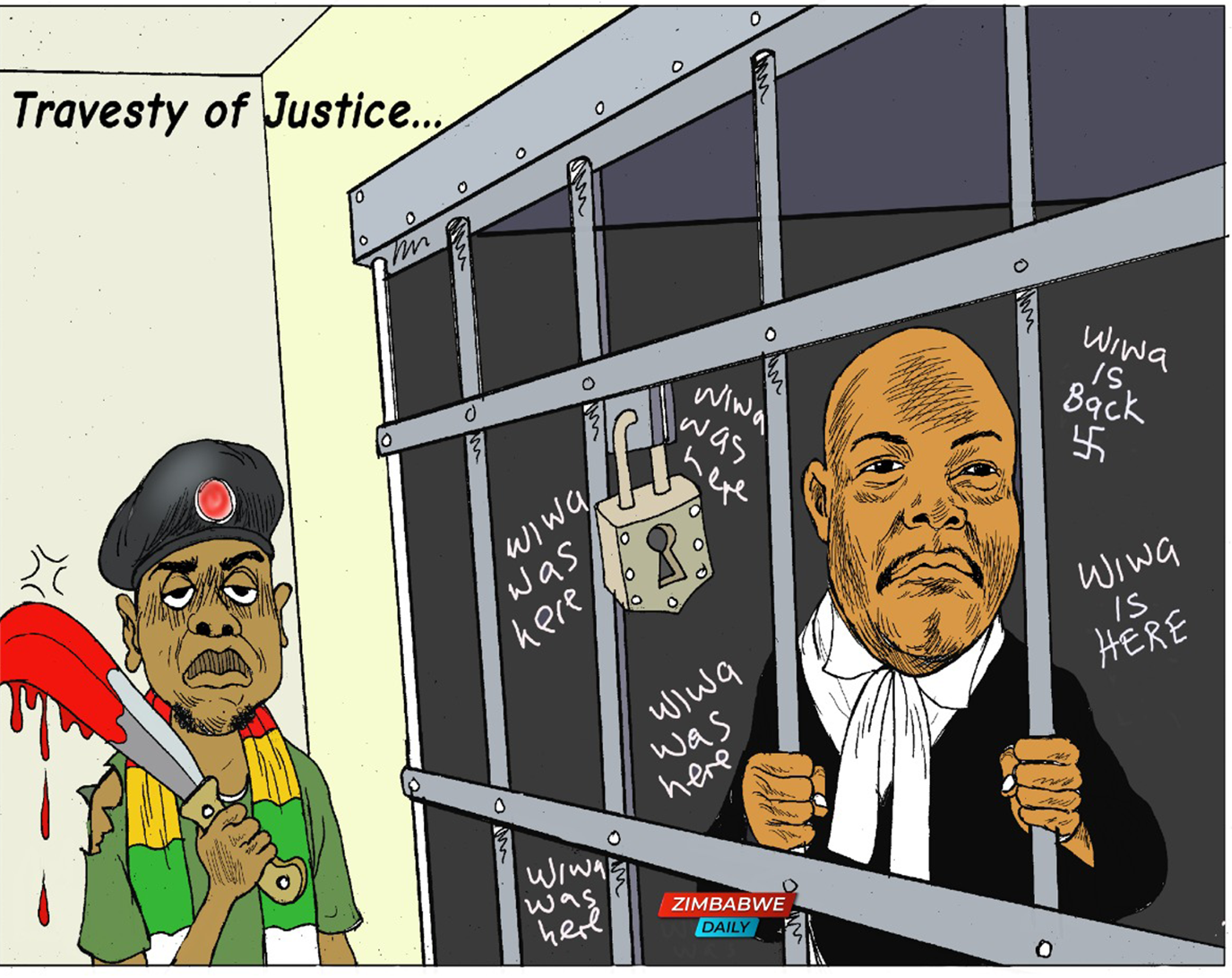 THE family of slain Citizens’ Coalition for Change (CCC) activist Moreblessing Ali have been hounded out of their Chitungwiza house by Zanu PF activists while suspected state security agents are periodically visiting the home, instilling fear.

The family were driven out of their St Mary’s home soon after CCC held a prayer meeting at Moreblessing’s home on 13 June. The prayer meeting was attended by CCC leader Nelson Chamisa and other senior party officials.

Family members said that Moreblessing’s son Silence and brother Wellington are in hiding since being hounded out of their home.

Moreblessing was kidnapped by a Zanu PF activist Pius Jamba in Nyatsime on 24 May and her dismembered body was found in a disused well on 11 June. Jamba was arrested in Hurungwe five days after the body was discovered at his mother’s plot. He indicated that he killed Moreblessing soon after abducting her.

Moreblessing’s body has still not been buried, two months after her murder.

Among other stipulations, the family are insisting that they will only bury her upon the release of their lawyer Job Sikhala, who was at the forefront of demanding justice for Moreblessing.

Sikhala has been incarcerated for over three weeks alongside Chitungwiza North member of Parliament Godfrey Sithole charged with inciting public violence.

Speaking from his hideout, Silence said burial arrangements for his slain mother will only begin after the release of their family lawyer. The family is also demanding answers on what happened to Moreblessing.

“There is nothing we can do while Job Sikhala is still in prison. We cannot proceed with burial arrangements for my mother while Mr Sikhala is still I in custody. We want to know the truth about her death and guidance from our family lawyer, Job Sikhala,” he said.

After the recovery of Moreblessing’s badly mutilated body, the family released a list of demands to be met before they could proceed with burial. These include the arrest of Nyatsime councillor Masimbi Masimbi and Nyatsime Zanu PF branch chairperson Simba Chisango, whom they are implicating.

Masimbi made news during the first days of mourning after dispersing the Ali family and CCC members who had gathered at Moreblessing’s home. He “banned” the funeral, claiming to be the owner of the area where the deceased had been staying.

This resulted in violent clashes between CCC and Zanu PF supporters.

“We maintain the family position in that everyone involved in the murder of my mother should be arrested before we bury. That means Pius Jamba is not the only person in this murder. Simba Chisango told me in front of a Zanu PF crowd that if we fail to locate my mother, he would direct me to his brother, meaning he knew what had happened,” Silence said.

“He came to the house questioning me and pushing me to encourage my family to proceed with burial, and not politicise the death. He even stopped me from distributing fliers that would assist us in finding my mother. At one time, he said police were calling him to retrieve a body in some dam, but he was not very open with me,” Silence added.

Meanwhile, Jamba was remanded in custody and is awaiting indictment in the High Court for the murder. His next court appearance is on 28 July.

Wellington Ali, brother to the deceased, is also in hiding after he was attacked by Zanu activists at the Ali home after the prayer meeting.

He said it is not safe to return to his parents’ house.

“What is happening with this funeral has never happened at any funeral. We are no longer safe even as we are talking to you we are no longer open in this free Zimbabwe,” said Wellington.

The family are so fearful that they are yet to collect the belongings of the deceased from the police, despite an invitation to do so.

“We were asked to go and get my mother’s phones and clothes, but we never went there because of the threats that we had received, we are yet to go and collect the things,” Silence added.

He added that the family home is under constant surveillance from suspected state security agents.

“People call us and tell us of unmarked vehicles parked outside the house. We cannot go back there. We have asked some people to remove our belongings. We do not feel safe,” said Ali.

THE family of slain Citizens’ Coalition for Change (CCC) activist Moreblessing Ali have been hounded out of their Chitungwiza house by Zanu PF activists while suspected state security agents are periodically visiting the home, instilling fear. The family...
Share via
x
More Information