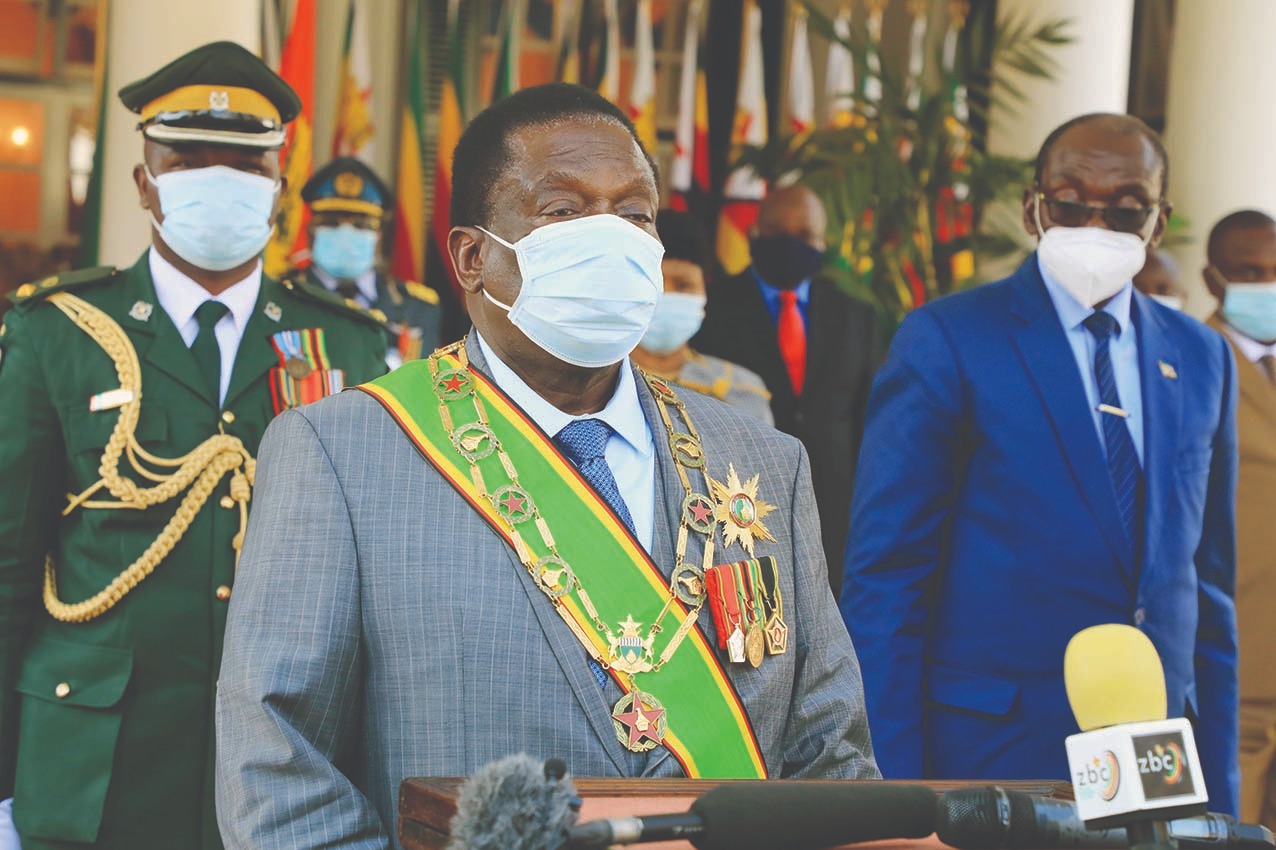 HARARE – Magwegwe lawmaker, Anele Ndebele, has said President Emmerson Mnangagwa should set aside time to come and respond to parliamentarians’ questions in the place of his cabinet Ministers who continue to abscond Parliament.

Legislators, especially from the opposition have repeatedly complained about failure by ministers to attend the Wednesday’s parliamentary question and answer sessions.

This Wednesday a total of 11 ministers and deputy ministers sent apologies for not attending the parliamentary session, something that did not go down with some lawmakers, prompting Ndebele to say the President should instead come and respond to their questions.

“I do not intend to tie this request to the perennial absence of ministers in this House but I have reason ostensibly to make a request,” said Ndebele.

“I remember in the previous Parliament, we requested that the then President comes to this House if it would please him; just to spend an hour fielding questions from Members of Parliament. I realise this is the Second Republic and I am raising that request again – if we could kindly request the Head of State, if it pleases him, to come to this House to spend an afternoon fielding questions from Members of Parliament now that ministers are too busy to attend to us.”

In her response National Assembly Deputy Speaker, Tsitsi Gezi said: “I am sure the Leader of government business (Ziyambi Ziyambi) has taken note of that and he will convey the message to the President.”

Dzivarasekwa MP, Edwin Mushoriwa, said ministers instead of absconding Parliament, ministers should instead take advantage of technology and connect to the proceedings virtually.

“I have heard the list of Hon. Ministers that have given their apologies,” he decried.

“Some of these ministers have not been coming to Parliament even the previous Wednesdays. We have not seen some of them for quite a long time. Madam Speaker, with the advent of technology, the fact that we are now able to use Zoom – I am speaking to you on zoom. Does that mean that these Ministers, even if they cannot physically come to the House, are unable to connect via zoom? Are they so busy that they cannot, while are they doing whatever they are doing, be connected to zoom in their offices? This creates a problem Madam Speaker, to then continuously for four weeks or so, fail to get a minister of a particular ministry.”

Norton MP, Temba Mliswa challenged National Assembly Speaker, Jacob Mudenda and his deputy Gezi, to take decisive action against ministers who have no respect for Parliament.

“I think this issue is beyond us Members of Parliament now,” decried Mliswa.

“I think the onus lies with the Speaker and yourself (Gezi) to take decisive action once and for all because we are really tired.”

HARARE - Magwegwe lawmaker, Anele Ndebele, has said President Emmerson Mnangagwa should set aside time to come and respond to parliamentarians’ questions in the place of his cabinet Ministers who continue to abscond Parliament. Legislators, especially fr...
Share via
x
More Information