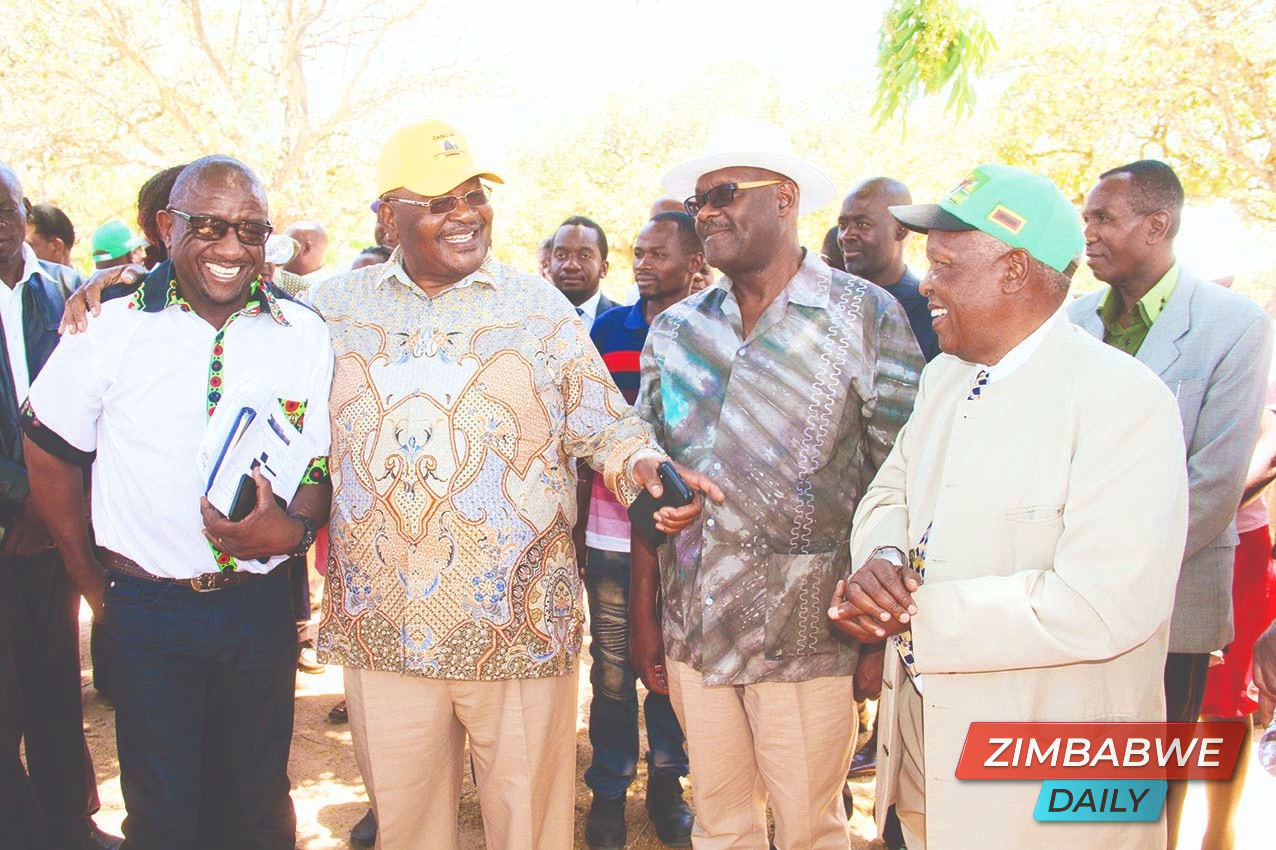 HARARE – Zanu-Pf Secretary for Administration, Obert Mpofu reacted angrily and embarked on a Twitter rant after being called out by Professor Jonathan Moyo about Zanu-PF’s fake job creation promises.

The Zanu-Pf bigwig did not take lightly the criticism from Moyo who quizzed him about the former’s claims that the “Second Republic” had delivered the jobs it promised in 2018 harmonised elections.

Mpofu had been asked by another Twitter user about the two million jobs promised, to which he responded by saying “those who voted for that promise have jobs. Why do you want to be included for what you didn’t contribute towards.”

The former Tertiary education minister, Prof Moyo then joined the conversation highlighting that Mpofu’s tweet exposed that the current regime only looks after those aligned to it and it sparked a series of rants from Obert Mpofu.

Below is the exchange between the two:

OBERT MPOFU: Those who voted for that promise have the jobs. Why want to be included for what you didn’t contribute towards?

JONATHAN MOYO: Do you have a list of those who voted for your vain promise? Wait. You mean the soldiers who used an Excel Spreadsheet to falsify results of the 2018 presidential election at ZEC head office. Your outrageous tweet proves Mnangagwa’s criminal ZanuPF can’t protect ALL the citizens!

OBERT MPOFU: @ProfJNMoyo are you trying to validate your Excel-gate desktop research print-on-demand booklet? Coming from a veteran political scientist, this is laughable. You would know better we have the address of every ZANU PF supporter on our data-base. We know everyone from the cell.

OBERT MPOFU: Your post-November 2017 degeneration from your erstwhile robust scholarship of the 90s benchmarked by ‘Voting for Democracy’ (1992) among other books is a shame to the academia. Sad to see your “Fall from Grace” reproducing you to petty reactionary greviance intellectualism.

OBERT MPOFU: @Jamwanda2 diagnosed your current predicament before time: “Big Book minus Social Intelligence”. I have laughed at your “mind of a rat” banter claim about me. How ironic that your elephant-size academic accolades have only landed you in some lonely political oblivion.

JONATHAN MOYO: Hahaha. And you’re the ruling ZanuPF’s secretary general with this rat nonsense? Asambe sibone Mpofu. Oh you also masquerade as today’s Lobengula. Asifuni bumbulu uyazi. And is your PA Ndlovu, the one who wrote your…still with you? He used to consult me when he was writing it!

Mpofu Reacts To Moyo Call Out

HARARE - Zanu-Pf Secretary for Administration, Obert Mpofu reacted angrily and embarked on a Twitter rant after being called out by Professor Jonathan Moyo about Zanu-PF's fake job creation promises. The Zanu-Pf bigwig did not take lightly the criticism f...
Share via
x
More Information
x