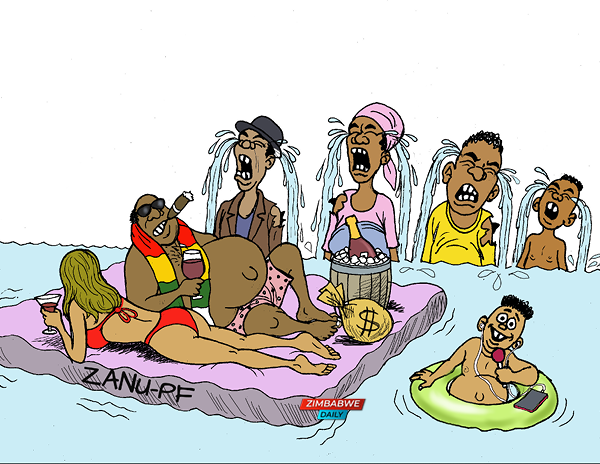 BULAWAYO – The Mthwakazi Republic Party (MRP) has criticized the diction used in crafting the chiefs’ manual on Gukurahundi Community Engagement Processes claiming that it minimized the victims’ experiences of the genocide.The chiefs created Volume 2 of the Manual on Community Engagement Processes to utilise as guidance when addressing Gukurahundi victims.

MRP leader, Mqondisi Moyo, on the other hand, questioned why the manual seen on Section 17 dealing with ‘Groups requiring special attention’ used the phrase ‘alleged’ in dealing with their comments.

Moyo further questioned why the vast majority of Ndebele people were left off the list of victims to be consulted, claiming that the Gukurahundi “genocide was targeted at all Ndebele people.”

“The derogatory language of the Fifth Brigade and government was directed at all Ndebele people. The word ‘cockroaches’ applied to all Ndebeles, physically tortured or not. That all Ndebeles, including the unborn, were labelled as dissidents makes all Ndebeles victims of the genocide. It follows that, everyone who was there has to participate in the engagement exercise,” said the MRP leader.

“All Mthwakazi people are victims of Gukurahundi. They all underwent emotional torture. Government and its National Council of Chiefs cannot expect people to be emotionally stable when they witnessed their own parents, children, siblings, relatives and neighbours being raped, tortured, maimed and killed.”

He also quizzed why the manual only mentioned chiefs from Matabeleland South and Matabeleland North as having participated in the deliberations hosted by the National Council of Chiefs.

“Why were Chiefs from the Midlands left out? We have Mthwakazi or Matabeleland chiefs in the Midlands who were affected by the genocide. We have, for example, Chief Ngungumbane in Bhelingwe,” Moyo said.

“There are people there who sustained permanent injuries, others were killed and tortured by the Fifth Brigade just for being Ndebele. There are several other chiefs in Gokwe, Kwekwe, Gwelo and other Midlands areas who should have been invited. Why were they not? We have no doubt their side-lining was a means of driving a wedge between Mthwakazi people in keeping with the divide and rule principle upon which Zanu thrives.”

Moyo also expressed dissatisfaction with the influential role assigned to Chief Fortune Charumbira, president of National Council of Chiefs, in the engagement exercise.

“How can he preside over chiefs who are spearheading the engagement process? He has conflict of interest in the whole issue. If he was gentleman enough, he should have excused himself. He is on the side of the perpetrator, the government,” said the MRP leader.

Chief Charumbira, however, has stated that he will not hold any meetings because he is not from the afflicted provinces.

In light of their worries, the MRP leader suggests establishing a ‘truly’ independent commission to oversee the Gukurahundi community engagement exercises.

“Chiefs in Zimbabwe are not independent anymore. We have argued several times that chiefs have been captured. They now work under the direction of Zanu-PF. Many of them have confirmed this to be factual,” Moyo alleged.

Chiefs, according to Moyo, should be actively involved in traditional components of the restitution process, such as victim reburial, rather than the real fact-finding expedition. “Chiefs are not independent, so will their actions and recommendations,” he said, adding that the government must also not take any leadership role in the community consultation engagement exercise.

“This is because many government leaders are either perpetrators or beneficiaries. They are conflicted and should sit back and avail the resources needed for the exercise.”

BULAWAYO - The Mthwakazi Republic Party (MRP) has criticized the diction used in crafting the chiefs' manual on Gukurahundi Community Engagement Processes claiming that it minimized the victims' experiences of the genocide.The chiefs created Volume 2 of ...
Share via
x
More Information