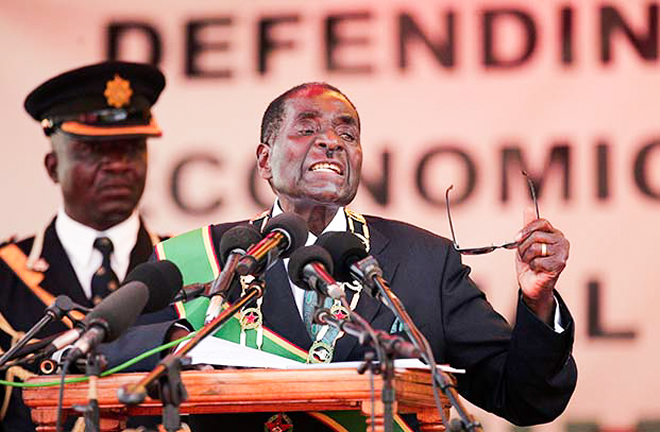 ZIMBABWE – CONTROVERSIAL Malawian prophet, Austin Liabunya, says he has faced routine death threats since he delivered prophecies of doom on Presidents Peter Mutharika and Robert Mugabe, according to a Malawian newspaper.

The two leaders are so close that Mugabe was the only national President to attend Malawiâ€™s Golden jubilee last year, even skipping the burial of national hero Stanley Sakupwanya.

Liabunya prophesied recently that Mutharika-whose rule he predicted last year-will resign soon over incompetence and illness. That was after the popular prophet had said Mugabe would die before 2015 is out.

According to reports at the time, Liabunya said Mugabe’s biological clock will not tick beyond this year’s after which Zimbabwe will be restored to be in the top five of the richest countries in Africa.

Newspaper reports said Liabunya said this during the night of cross over service conducted in Area 23 at Music Cross Road tent in Malawiâ€™s administrative capital Lilongwe in the wee hours of January 1.

During the same service Liabunya said Hakainde Hichilema would emerge as the new President of Zambia when the country goes to election next week Tuesday. The United Party for Development leader will face Patriotic Front leader Edgar Lungu who in December flew to Zimbabwe to consult with Zimbabweâ€™s leader.

But according to a Nyasa Times report Liabunya has apologised to his followers around the world for the delays in the delivery of more prophecies due to â€œreasons beyond control including threats.

Liabunya however insisted that â€œthreats will not work rather they will speed up the prophecy and make things worse before time.

With regards the Malawian leader the maverick prophet said there will be â€œsicknesses one after another and Mutharika and his wife will be exchanging their trips to hospitals.

The controversial prophet’s words on Mugabe and his wife generated a lot debate around the world with Zimbabweans welcoming the news of Mugabe’s imminent demise. Others celebrated the news that Grace would never be a leader.

The Mugabes have over the years become targets of immense resentment hate and the situation got worse last week with the news that Grace was at the center of attempts to evict 200 families from a Mazowe farm to make way for her game park.

Grace is increasingly seen positioning herself to take over from her husband who turns 91 next month.

Her entrance into active politics as Zanu PF leader for the powerful Women’s League has galvanised the view that she harbours bigger political ambitions with the encouragement of Mugabe himself.

ZIMBABWE - CONTROVERSIAL Malawian prophet, Austin Liabunya, says he has faced routine death threats since he delivered prophecies of doom on Presidents Peter Mutharika and Robert Mugabe, according to a Malawian newspaper. The two leaders are so close that ...
Share via
x
More Information