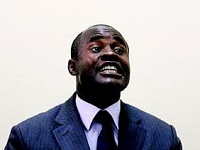 In an interview with the Daily News yesterday, Mliswa said that Mugabe was becoming unpopular within his party by blasting war veterans and turning a blind eye on corruption.

“Whilst people have been suspended, the enemy now really is Mr President. He plays divide and rule vakuru vanoruma vachifuridzira,” Mliswa said.

“He was clear in castigating war veterans but did nothing to reprimand (party political commissar Saviour) Kasukuwere and his wife for lambasting the war veterans. It’s pretty clear Mugabe is happy with the prevailing situation.”

He said that Mugabe’s castigation of the security sector was hypocritical.

The combative former Hurungwe West MP said, it was clear that Mugabe was parroting Grace’s actions.

“This game is now being played in the bedroom (of the State House). Whilst it is pushing Mnangagwa away, it is actually playing into the hands of (MDC leader) Morgan Tsvangirai,” Mliswa said.

He said Mugabe has only empowered the opposition by dividing his party through reckless statements that savaged war veterans.

“He is against the war veterans, he is also equally pushing away Mnangagwa. He went on to blast war veterans leader (Christopher) Mutsvangwa for petty issues.

“This is the time for war veterans to come together. This is the time they must unite. What happened to Mujuru is what is happening to Mnangagwa,” the former football fitness trainer said.

Mliswa added that the new resolutions put together at the conference that ended on Saturday in Victoria Falls were insignificant.

“It certainly goes to show that Zanu PF is good at putting statements on paper together but not implementing anything,” he said.

“During the previous conference, we went through a lot, what did we implement? Nothing, and they now go on to put new resolutions.”

Mliswa said the Zanu PF conference had only served to show that Mugabe was content with keeping “his praise and worship choir” together whilst rewarding the “loudest.”

He said Mugabe had spoken about corruption over the years but has never taken action.

“… no one has been brought  to book. It’s not the first time Mugabe has been told about the corrupt individuals who surround him but no one has ever been arrested,” he said.

He added: “(Former South Africa president) Thabo Mbeki had named some of the ministers that had received kick-backs but nothing was done…..For me he is not able to bring change in this country.

“Kasukuwere has built a majestic house in this harsh economic environment but no one has stood to ask how?”

He said that the Zanu PF party had effectively split into three camps — the G40, Emmerson Mnangagwa and Joice Mujuru.

The fatal error does not belong to Tsvangirai alone