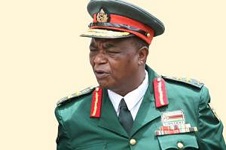 High-level government officials privy to the issue said this week Mugabe could soon remove Chiwenga as ZDF commander — a position he has held since 2004 — and deploy him to the Zanu PF politburo or government later on for political reasons. Top government officials say Chiwenga could be replaced anytime between the beginning of next year and the next elections in 2018.

Although efforts to get comment from Chiwenga were unsuccessful, he has been deeply embroiled in Zanu PF factionalism and succession fights which have seen him throw his weight behind Vice-President Emmerson Mnangagwa.

The Mnangagwa faction is locked in a war of attrition with the rising camp led by First Lady Grace Mugabe, referred to as Generation 40.

“There is already a precedent set when his predecessor, the late ZDF commander General Vitalis Zvinavashe, was removed on political grounds after he was in 2003 entangled in controversial stories which involved Mnangagwa, opposition leader Morgan Tsvangirai, retired Colonel Lionel Dyke and plots for a political exit and soft landing for Mugabe. Zvinavashe was deployed to the Zanu PF politburo and given a political role.”

The Independent was the first newspaper to exclusively report on Zvinavashe’s looming removal months before he was retired in December 2003.

Officials say Mugabe was not happy with Chiwenga’s meddling in Zanu PF factional and succession politics, and is thus determined to ensure his party stays within its guiding Maoist philosophy that “party commands the gun, and the gun must never be allowed to command the party”.

Mugabe seemed to confirm this during last week’s Zanu PF conference in Victoria Falls when he surprisingly lambasted security service chiefs for interfering in his party’s internal affairs and succession, saying: “The military, police and the intelligence are now involved and split as well. Let’s stop this. We do not want factions. Nobody has people. We are all Zanu PF.”

After Mugabe’s remarks at the conference, security chiefs sought an emergency meeting with him the same day in Victoria Falls to explain themselves, clear the air and reaffirm their political neutrality. Chiwenga’s contract was reportedly extended for a further one year last year and could expire anytime between this month and January. The new constitution, however, says service chiefs can be appointed for two terms of five years each. Officials say Mugabe has become uncomfortable with Chiwenga’s political manoeuvres and dabbling in Zanu PF succession politics.

Officials say Chiwenga might be replaced by Zimbabwe National Army commander Lieutenant-General Philip Valerio Sibanda whose current three deputies are Major-Generals Douglas Nyikayaramba, Trust Mugova and Sibusiso Moyo. One of the three deputies could be elevated to replace Sibanda if Chiwenga goes and he takes over as ZDF commander.

“Mugabe is moving to act as he dislikes military involvement and its destabilising influence in Zanu PF politics and in particular succession,” one official said. “Heads will roll soon, and Chiwenga is likely to be a casualty.”

As reported by the Independent recently, Chiwenga’s presidential ambitions were thwarted when Mnangagwa said the ZDF commander and other senior military commanders were his “juniors”. Earlier this year in March Mnangagwa at a rally referred to Chiwenga as “our political commissar”, evoking historical and current roles.

Zanu PF officials and military sources have been saying Chiwenga harbours presidential ambitions and could be a dark horse in the race to succeed Mugabe, but Mnangagwa seemed to dismiss this in his recent revealing interview with the London-based New African magazine.

However, Chiwenga, who might not command full respect among his military peers as shown by the WikiLeaks diplomatic cables a few years ago, would be a major factor as the military is critical in the power and succession matrices.

In the interview, Mnangagwa made it clear his long relationship with Mugabe, role in the liberation struggle and service in Zanu PF leaves him as the succession front-runner, but events show he is facing stiff resistance from Grace and her allies.

Following Mnangagwa’s remarks, Chiwenga firmly shifted allegiance to his corner pitting himself against Grace and putting his career on the line. “Chiwenga is likely to be retired any time from now and the president’s remarks in Victoria Falls were telling,” another official said. “His career now seems to have reached its termination stage.”

Mugabe’s spokesman George Charamba was not available for comment.