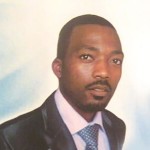 ZIMBABWE – Zanu PF Masvingo strongman Josaya Hungwe was a butt of social media jokes when he was appointed Psychomotor minister by President Robert Mugabe in September 2013.

Hungwe’s portfolio grabbed all the attention when Mugabe announced his new Cabinet after cruising to a comfortable electoral victory over Morgan Tsvangirai’s MDC-T.

Most people, including the minister himself, seemed unsure of what the new ministry entailed.

Observers were quick to interpret Mugabe’s decision to create such a portfolio as a balancing act to manage the factitious Masvingo province, after Hungwe’s political rival, Dzikamai Mavhaire, was appointed Energy minister.

But on Wednesday, while the nation was still grappling to understand Hungwe’s duties, Mugabe made another move, this time elevating Hungwe to a full Cabinet minister, bringing to two the number of full ministers from Masvingo after the firing of Mavhaire.

“In this context, Zimbabwe is faced with the challenge of increasing unemployment, which is partly attributed to the academic-oriented education that has been pursued at the expense of psychomotor philosophy principles.”

The statement added: “In order to address these challenges, His Excellency the President appointed a Minister of State to facilitate the broadening and enrichment of the education and training curricula through the mainstreaming of psychomotor activities into government ministries or department and other institutions, inclusive of the private sector.”

Hungwe, according to the mandate sheet, will be responsible for developing relevant psychomotor policies, instruments and regulations strengthen the existing national competencies and standards in psychomotor skills developments and capacitate training institutions to enable them to offer flexible psychomotor programmes.

He will also promote the development of relevant psychomotor training programmes within the framework of the overall socio-economic plans and national policies.

Hungwe will also undertake regular inspections, monitoring and evaluations of training institutions to ensure compliance with set standards and guidelines as well as effectiveness of psychomotor policies and programmes and mobilise resources for psychomotor programmes and projects.

Hungwe, after his swearing-in as a Cabinet minister, said: “It means more areas of responsibility that will cut across all sectors of the economy.” He added: “I must mobilise and we are in the new area of change, particularly in education and new skills.”

ZIMBABWE - Zanu PF Masvingo strongman Josaya Hungwe was a butt of social media jokes when he was appointed Psychomotor minister by President Robert Mugabe in September 2013. Hungwe’s portfolio grabbed all the attention when Mugabe announced his new Cabin...
Share via
x
More Information