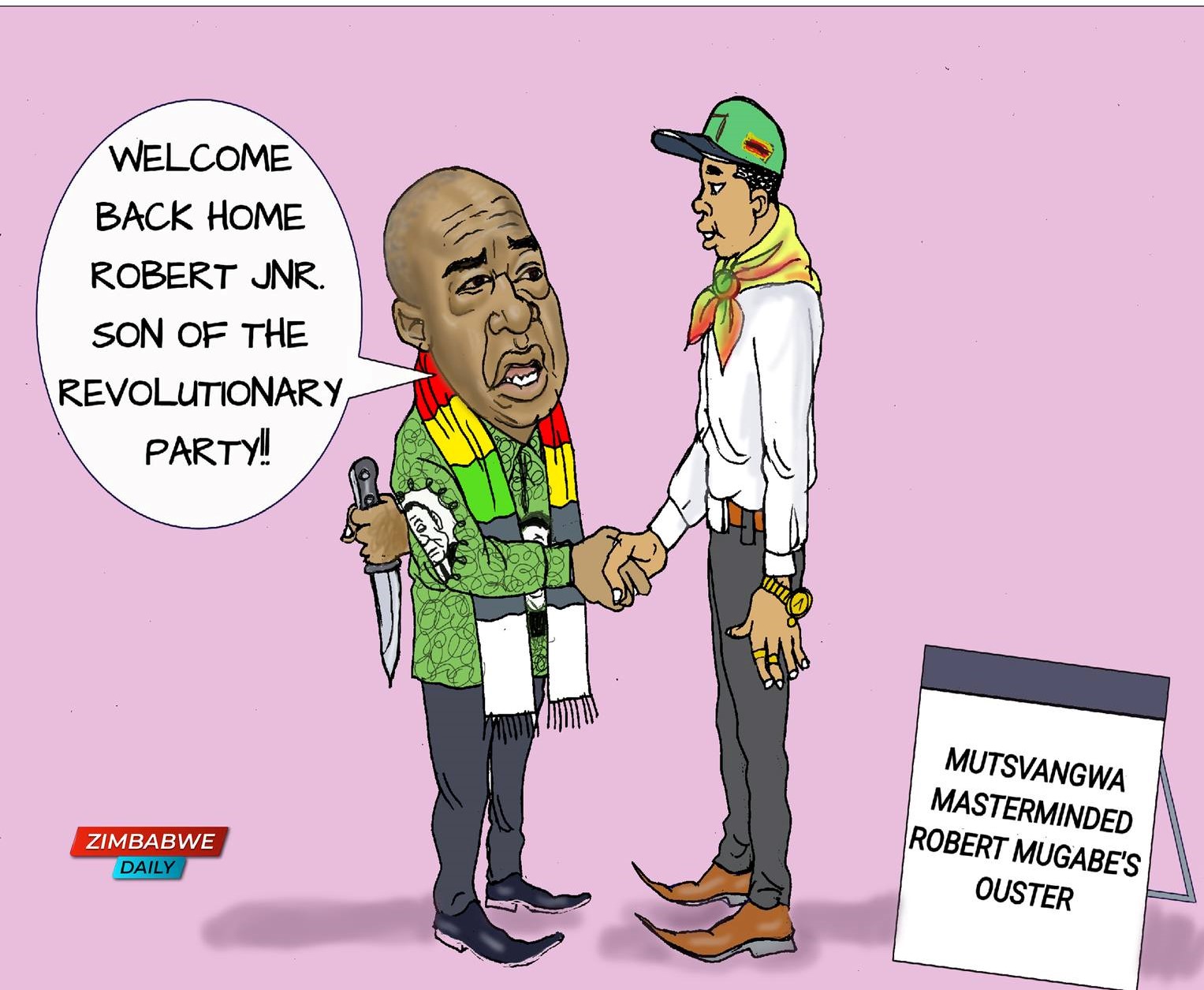 New Zimbabwe reported ZANU PF sources as saying Mugabe (30) is considering contesting at the conference though the position he is eyeing could not be established. Said a source: Robert Jnr will be contesting for a post within the Youth League, which holds its elective conference beginning of May. He is laying the foundation for a fully-fledged political career in a bid to fill his father’s shoes.

We will only know people who are interested after the submission of CVs (curriculum vitae) which is done at the DCC (district coordinating committee) and provincial levels. We haven’t yet received them. I wouldn’t know if he (Robert Jnr) is interested because it’s just like you have just finished ‘A’ Levels and you say you want to go to university when results are not yet out.

It is not clear if Mugabe is eligible. A leaked ZANU PF memo states that candidates have to be below 35 years old, registered voters, fully paid-up members who have served at least five years at district level, and without criminal records.

Mugabe is also reported to be in line to run for the Zvimba West National Assembly seat in the 2023 elections. The seat is currently held by Justice Minister Ziyambi Ziyambi.