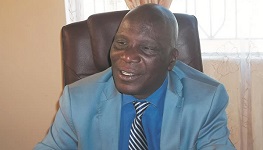 ZIMBABWE – BULAWAYO – Former Vice President Joice Mujuru will act decisively on the thorny military killings of the early 1980s, known as Gukurahundi — that left an estimated 20 000 innocent civilians dead mainly in Matabeleland and the Midlands — when she comes to power, one of her aides says.

Addressing the Bulawayo Press Club over the weekend, respected war veteran Kudzai Mbudzi — a retired military officer and assistant spokesperson of the “original” Zanu PF that uses the slogan People First, and that is presumptively led by Mujuru — said the former VP would not sweep the issue under the carpet as the post-congress Zanu PF has done over the years.

“Mai Mujuru actually assured us in a recent meeting in Masvingo that she will openly confront the Gukurahundi issue rather than sweep it under the carpet as has been the case with Zanu PF.

“She actually vowed that in the new political dispensation, she will personally, as head of State, preside over the cathartic process herself to bring the issue to its logical conclusion, rather than the current tactics by (President Robert) Mugabe to try and sweep it under the carpet,” Mbudzi said.

“The thorny issue (Gukurahundi) should be talked about openly and people should engage each other until forgiveness is achieved among the people,” he added, pointing to how South Africa had dealt with its Apartheid ghosts through its widely-acclaimed peace and reconciliation commission.

Mugabe has in the past described Gukurahundi as “a moment of madness”, but has been criticised for not dealing with the issue decisively and encouraging open debate about it.

Mbudzi said Mujuru was of the view that sweeping such a delicate matter under the carpet could only help breed “a generation full of hatred and anger”, adding that the widow of the late Solomon Mujuru — who was hounded out of the post-congress Zanu PF late last year on untested allegations of plotting to oust and kill Mugabe — was determined to deal with the matter.

“Mujuru is now very forceful, far much more than she was when she was in Zanu PF. She was persecuted and frustrated but … one thing that she hates is to hear slogans where you say down with so and so because she believes that People First is a non-violent party which embraces the principle of inclusivity,” he said.

Responding to First Lady Grace Mugabe’s recent view that Mugabe would be elected back into office even if he were in a wheelchair, Mbudzi said re-electing such a person afflicted by old age and poor health would simply confirm that Zimbabweans were not free and liberated.

“Voting someone who is being pushed in a wheelchair is a sign that we are not liberated and some of our colleagues who remained in Zanu PF obviously also need liberation as well.

“They need to be freed from this bondage of Zanu PF because how would one want to lead when one is being pushed in a wheelchair? Sometimes you wonder why people are quick to stampede to glorify the very same person who is actually behind their own suffering,” Mbudzi said.

He criticised Grace whom he accused of being “mad at everyone as a result of her husband’s age”.

“I have said it before that leadership is not sexually transmitted. The fact that Grace is married to Mugabe does not mean that she has acquired the necessary ingredients to be in power.

“If you listen to Grace speaking, it would appear like Zimbabweans wronged her. But she should be reminded that we must not suffer as a result of her husband’s age. We are not responsible for people getting older.

“Only God knows why people have to grow older. So if you talk of a special wheelchair to push Mugabe to the polls, then that’s lamentable and such talk lacks social intelligence. It’s a battle of eggs against stones,” Mbudzi charged.

He advised Mugabe to quit politics and join other veteran politicians like Cephas Msipa in documenting the history of Zimbabwe for the next generation.

“Mugabe should at least retire and do like what Msipa is doing, writing memoirs such that we will be able to transmit the values and principles of the revolution to the younger generations.

“So the talk about the special wheelchair is obviously a manifestation of the psychological defence mechanism to fight against the natural God-determined process of people growing older,” Mbudzi said,

“We have now openly abandoned Mugabe for being too old at 92, for this continued irreversible deterioration of his intellectual ability, and his delusions of grandeur, for a younger driver, who is motherly, who doesn’t drink and has never taken anything intoxicating in her entire life, that is Mai Mujuru,” he said.

He added that it was certain that People First would be launched in the new year.

“Launching is exciting but you can launch yourself into failure, so we want to take our time and be strategic about it. We started with the thorough mobilisation of people because we knew that we must win the hearts and minds of the people first, before we launch,” he said.

People First has said that it has put together a draft constitution which has already been distributed to all the country’s provinces for input.

Mujuru has also been meeting and addressing grassroots provincial structures around the country, including in Masvingo, Mashonaland West, Mashonaland East, Manicaland, and Harare.

People First’s views on Gukurahundi come as respected Zanu PF elder, Cephas Msipa, has penned a book that has set the cat among the pigeons within ruling party and government circles, as it spotlights on democracy deficiencies in the country and how authorities did little as the Fifth Brigade killed innocent civilians in the early 1980s.

The book, titled In Pursuit of Freedom and Justice — A Memoir, dismisses the official massaging of narratives on the Gukurahundi atrocities as “a moment of madness”, saying as the massacres happened over a period spanning more than five years, they cannot therefore be described as such.

Querying the reasons why the government had deployed the military in the western regions of the country then, Msipa also asks why it was “necessary for North Korea to train this army (Fifth Brigade)” in the first place, adding almost despairingly that “only God Knows”.

“Innocent men, women and children perished in their thousands. They were accused of either harbouring dissidents or supporting them. It turned out to be a massacre of people perceived to be PF Zapu supporters.

“The fact that the people were Ndebele-speakers was regarded as sufficient proof that they were PF Zapu supporters and therefore dissident supporters,” reads part of the book.

He also described the statement that the massacres were “a moment of madness” as absurd, adding that three decades after Gukurahundi was launched, it still raised “more questions than answers”.

“Gukurahundi was not a day’s event or a ‘moment of madness’. It began in 1981 and continued until 1987 when the unity accord was signed.

“There were meetings at which the matter was raised in my presence, and Mugabe insisted that the matter be discussed so he could learn more about what had happened and was still happening.

“The question is why did he not know what was happening when it was in the media and many human rights organisations and churches were publicly protesting (about it),” Msipa writes.

'Mujuru will act on Gukurahundi'

ZIMBABWE - BULAWAYO - Former Vice President Joice Mujuru will act decisively on the thorny military killings of the early 1980s, known as Gukurahundi — that left an estimated 20 000 innocent civilians dead mainly in Matabeleland and the Midlands — when...
Share via
x
More Information
x