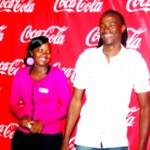 ZIMBABWE – The lanky performer, who held two shows in Perth and Melbourne last weekend, feels he owes his success to fans.

And the crooner has decided to throw a mid-week party at The Volt this evening before packing for musical romance in Marondera at the giant Legends Sports Diner in Nyameni suburb this Saturday.

Jah Prayzah said it was a reciprocal gesture for fans’ support.

“I was in Australia last weekend and I can’t wait to meet my fans.

“I really missed my fans on home soil but I had other fans to cater for abroad last weekend,” says the 3rd Generation boss.

“I will hold my first welcome party at The Volt on Thursday and before making a massive Marondera invasion when we pitch at the Legends Sports Diner and I can’t wait to meet my fans.’

“I simply urge Team JP and my fans to show up in numbers and show their allegiance as usual.

“Without my fans, I wouldn’t be where I am today.”

Volt proprietor Spencer Madziya said it was a pre-Valentine’s party for fans.

“It will be a pre Valentine’s Day show where we want Jah Prayzah to set the mood and also bless our place,” Boss Spenser said.

To ensure merry-makers embrace the month of love, hosts will giveaway lots of goodies to ladies.

“We will give away 50 autographed DVDs of Jerusarema to female fans gracing the event.

“The January disease is over so we want to shake that disease with some music; and as such Jah Prayzah will lead the shaking in song and dance.

“We thus say to our fans ‘come and lets us be merry’,” said Masaiti.

He said the man of the moment will be supported by James Nyamande for those who want to reminisce on the past and dance to Marshal Munhumumwe’s music.

“The music of Marshal Munhumumwe still lives and James Nyamande will do some renditions as well as his discography.