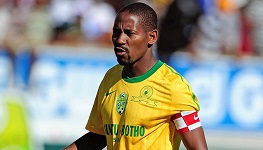 Mwanjali alleges that he was duped by Kunei Sengu, 51, and George Musarurwa, 42, and the duo’s trial has been set for December 1.

State, led by prosecutor Desire Chidanire, alleges that sometime in October, Mwanjali called Sengu and told him that he had been asked to meet him by his father-in-law Jeffrey Khumalo.

And Mwanjali was told by Sengu that he and Musarurwa were employees of Vehicle Inspection Department stationed at Chitungwiza Depot.

It is also claimed that Sengu further told Mwanjali that he was going to assist Khumalo in easily getting a drivers licence.

Sengu allegedly told Mwanjali to send him US$25 through Ecocash for bookings and he obliged.

Indications are that on the following day Sengu asked Mwanjali for US$300 and he asked him to meet at Selous Hotel and he made the payment.

Mwanjali is said to have been charged US$360 for the transaction and after three days, Mwanjali was called again and he was given the drivers licence disc.

It is said that Mwanjali then made inquiries at the Central Vehicle Registry Licence Department about the drivers licence but he was then told that it was fake.

Mwanjali then made a police complaint at Southerton Police Station.

The cops acted swiftly on Sengu and a search led to the discovery of two other fake drivers licence and he reportedly led to the arrest George after a speed chase in the central business district.

ZMBABWE - Former Caps United player Method Mwanjali allegedly lost US$325 to bogus VID employees for his father-in-law’s drivers licence. Mwanjali alleges that he was duped by Kunei Sengu, 51, and George Musarurwa, 42, and the duo’s trial has been set ...
Share via
x
More Information
x