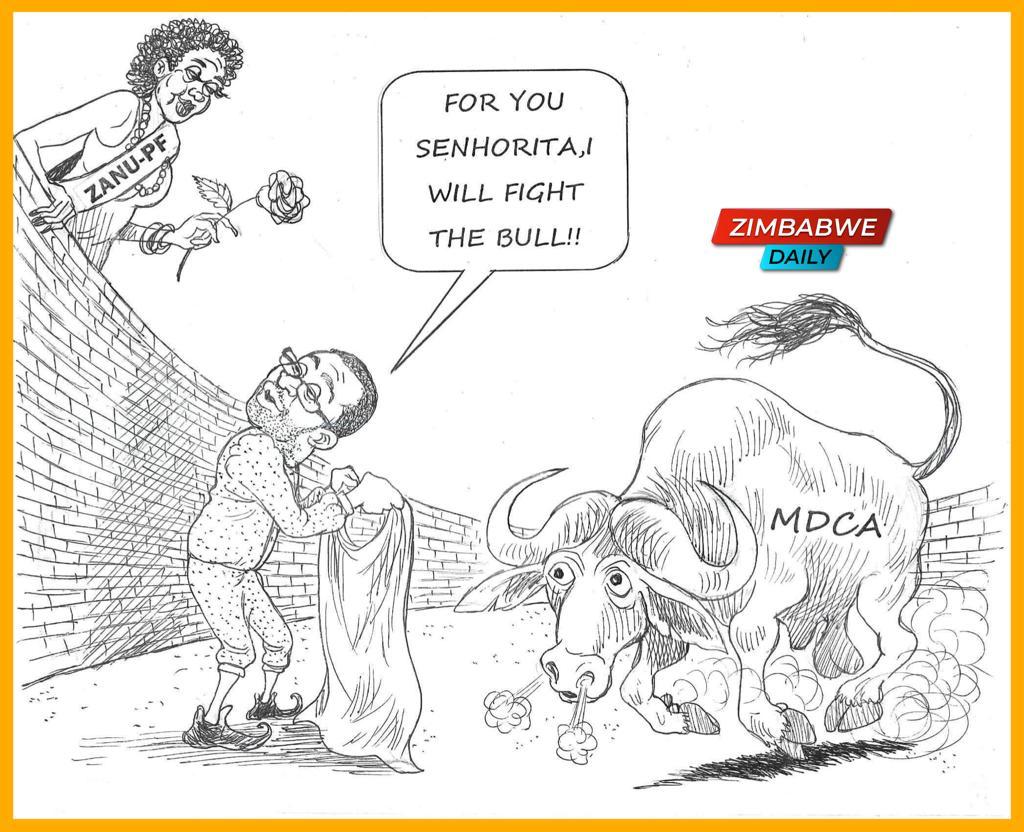 HARARE – The call made by fading MDC-T leader Douglas Mwonzora for a strong national dialogue, including MDC Alliance leader Nelson Chamisa and Zanu-PF leader, President Emmerson Mnangagwa, is another well-crafted trick to avoid a general election.

Mwonzora’s plea to reach out to all his opposition counterparts is a sign of desperation.

In what capacity is he calling for national dialogue to present a united front to engage Mnangagwa?

Mwonzora failed to reach out to Chamisa when he was still in MDC Alliance and thought that he was going to be more powerful than him.

His politics of rational disputation has hit rock bottom and he has failed dismally to attract stakeholders.

Mwonzora has realised that his political career cannot last without the people.

Since the March 2020 Supreme Court judgment which was passed by a captured Judiciary, Mwonzora has been bragging that he is wiser than Chamisa and that he is very good at outsmarting opponents.

Chamisa’s rural face-to-face meetings have rattled Mwonzora. The response Chamisa is getting from the rural folks is astounding and has left Mwonzora in panic mode.

This is a clear indication that politics is not about recalling candidates, grabbing properties and buildings, but it’s about mass mobilisation.

Those who are betting on Mwonzora that he will draw a very huge crowd which can fill Gwanzura Stadium in Highfield should think again.

From a broader political perspective, Mwonzora is actually a media creation who does not attract or draw any crowd. I equate him to a reserve side when it comes to football.

It’s unfortunate that today, the MDC-T is calling for dialogue with Chamisa, who it said was a partyless leader.

Interestingly, Mwonzora is now acknowledging the MDC Alliance as a bona fide political party, but his party instigated the recall of MDC Alliance Members of Parliament and councillors thinking that it was crippling the people’s struggle.

The MDC-T said the only platform for dialogue was the Political Actors Dialogue, so where is this hullabaloo for a national dialogue coming from?

Similar sentiments are being echoed by Morgen Komichi, who is also asking for unity of the opposition political parties to dislodge Zanu-PF.

Komichi has come to his senses and has realised that rooting for Mwonzora is like betting for a dead horse.

Let there be elections in 2023 and the duo shall be humbled.

Mwonzora is clutching at straws. He thought that by recalling parliamentarians and councillors, he would sway the electorate to his side.