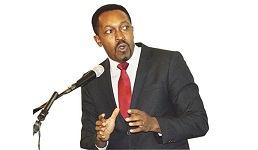 ZIMBABWE – The Confederation of Zimbabwe Industries (CZI) says there is an urgent need to correct the major cost drivers in the economy to reduce the cost of doing business in Zimbabwe.

Zimbabwe has become unattractive for prospective investors due to its costs of doing business which are above those obtaining in the region.

“. . . the implementation of dollarisation did not provide guidelines pricing and cost mechanisms for conversion from Zimbabwe dollar. A 2-litre bottle of cooking oil in March 2009 was $12. Currently it is $2,75 and it took six years,” Moyo said.

“The minimum wage grew by 178% since 2009. The mentality of the Zimbabwe dollar six years on has not left business and margins on some products are still 60% to 100%.”

He added that Zimbabwean business was in need of major re-tooling, industrial process re-engineering and cannot pay for inefficiencies in utilities, excess labour and other levies.

Chigumira said the average price of power from the four neighbouring countries, Botswana, Mozambique, South Africa and Zambia, at the lowest level of commercial consumption, was 8,3 US cents per KWh, which is 57% of what Zimbabwean businesses paid for electricity.

“Sixty percent of power is generated at Kariba at a competitive cost hydropower, a benefit that is being washed away by much more inefficient thermal stations,” Chigumira said.

He said the minimum wage levels indicated higher labour costs in Zimbabwe when compared to Zambia, Botswana, and Mozambique and a labour-cost advantage in relation to South Africa.

According to the report released by Zeparu on cost drivers last year, the trend observed in the last five years reveals a large increase in labour costs that do not appear to be justified by increased economic growth or productivity,

Large wage increases (in particular in the public service, which is the largest formal employer) based on entitlements and not productivity/performance based.

“Study had found out that the financial implications of retrenching for Zimbabwean companies were not allowing them to reduce their excess labour to regain competitiveness, essentially leaving them in an uncompetitive trap,” he said.

Competition and Tariff Commission chairperson Dumisani Sibanda says government should address the monopolistic prices in place, which are contributing to the high cost of doing business in Zimbabwe.

“It’s a big problem. There is no competition for these government owned institutions as they have set tariffs, like in the case of power. Such prices need to be addressed as most of them are hiding inefficiencies and underperformance in such a monopolised structure,” Sibanda said.

The plight of poverty in Zimbabwe

There is a plot to oust me : Tsvangirai

ZIMBABWE - The Confederation of Zimbabwe Industries (CZI) says there is an urgent need to correct the major cost drivers in the economy to reduce the cost of doing business in Zimbabwe.  Zimbabwe has become unattractive for prospective investors due to it...
Share via
x
More Information
x