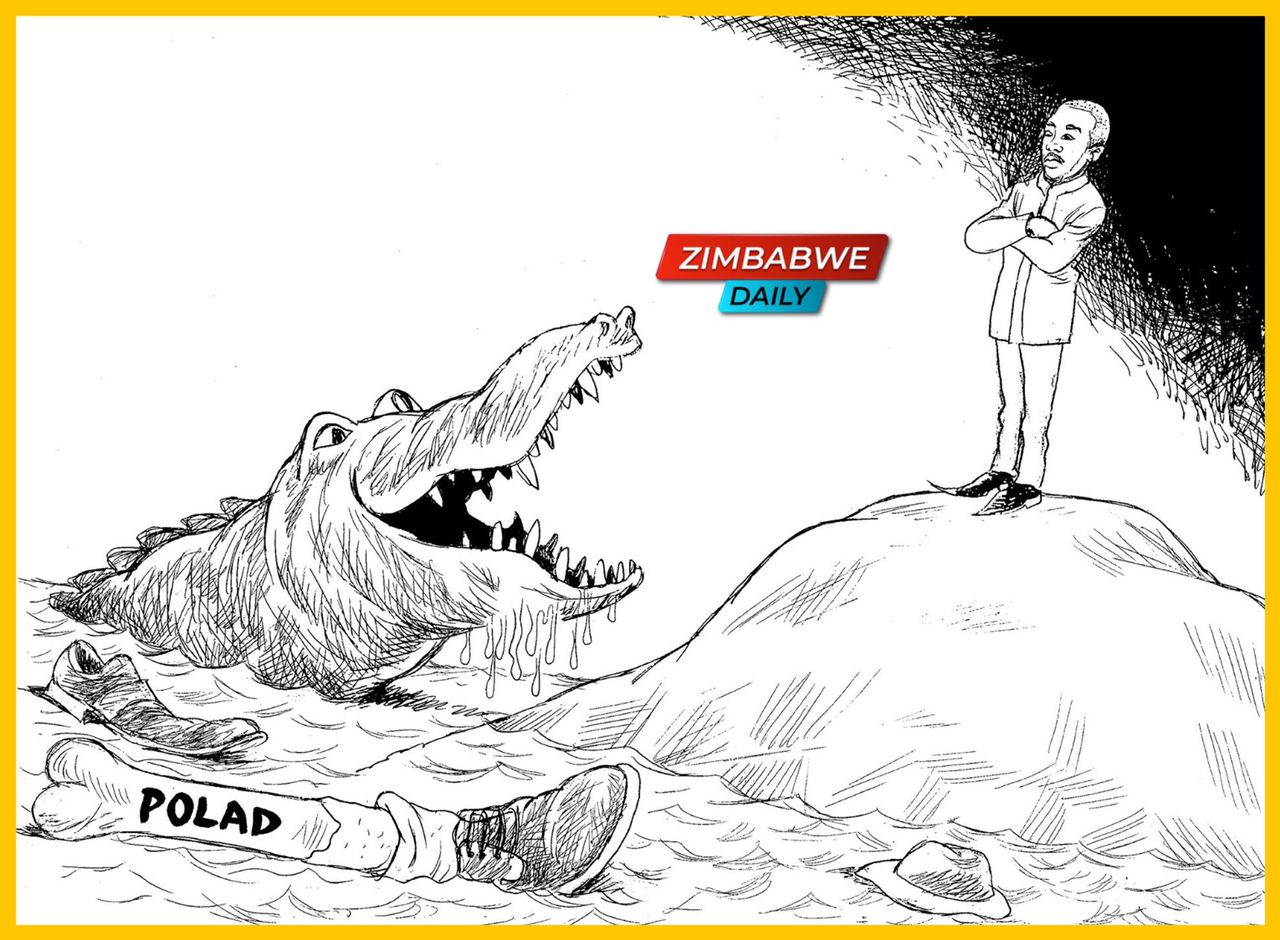 When the name Nelson Chamisa is mentioned in the streets of Zimbabwe, the reaction is a love, hate situation. Loved by those who believe he is the best foot forward. Loved by the young, whose aspirations to be better than where they are, was quickened with the rise of the not so young charismatic leader, who has over the last two decades serenaded the political scene with so much ease and robustness. An eloquent believer in a new, democratic Zimbabwe where everyone is able to thrive.

Chamisa is hated also. Hated by those close and those far from him. Those close to him wants what he has, his position, his command and following. They want what he represents to the people of Zimbabwe. Yet others, who are further from him, hate him for the audacity to stand and challenge the status quo. They hate him for the guts to pit himself against them. They hate how his message resonates with the general masses. Does he have the backing of the majority? The hatred and acrimony is shocking, if not telling. Peradventure, the Chamisa haters have more information than they are able to devulge, and would want to destroy his political life rather than face him in a second bout of elections! Who knows?

People love the idea of a 43 year old, who believes in a new Zimbabwe, that is able to stand toe to toe with developing, if not developed nations. A new great Zimbabwe.

They love him, that love him because he represents a new breed of politicians, who are not driven by personal discomfort to push the Agenda of change, but rather driven by the love he has for his God, his nation and the people.

A man who would rather pastor souls and lead them to Christ, yet is thrust right in the middle of the controversial political terrain of Zimbabwe, muddled in historical hatred, injustices, violence, pain and selfishness. A space the Lord has called him to work on the broken soul of the great nation called Zimbabwe.

Nelson Chamisa is highly misunderstood, by both those who love him, and those who hate him.

Those that love him believe he is ambitious and can make the next great leader Zimbabwe needs, and those that hate him see him as a vindictive person, whose seemingly no nonsense outlook, would lead them all to rot in jail for the mess and pain they have caused upon the land.

Others either love or  hate him on borrowed terms  – they believe the words of their influences.

Some have searched for sources of his wealth, simply because they have watched him grow from the time he was a student leader, rising to occupy parliamentary seats, a ministerial position and now the President of the nameless movement for democratic change.

Those that love him, feared for his demise during the Transitional period, when the doyen of democracy, Morgan Tsvangirai died. People knew, for some reason, that Nelson Chamisa represented their struggle.

Without influencing a single soul, Chamisa was thrust right onto the fore. Not just because, days earlier, the then Presidential Spokesperson, Luke Tamborinyoka had issued a statement on behalf of the late Democrat, that Nelson Chamisa was the acting President of the Party, but also because they related to Nelson Chamisa.

The masses loved and still love him, and believe that in him they have a man who has the heart to serve people with love, just as Tsvangirai had done. And now that Tsvangirai had died without publicly dealing with the succession issue, the people took it upon themselves to defend and protect the movement and its legacy. They chanted ‘Chamisa’, throughout Tsvangirai’s funeral, even coined songs that said though Tsvangirai is gone, we have Chamisa, they are the same.

The euphoria of that moment, further fumed the hatred from within on the person of Chamisa. He was a marked man. His straightforwardness and strictness on monetary issues was seen as a biggest threat by those who were in it for the money.

The same reason, they had convinced structures in 2014, that Chamisa was not the best candidate for Secretary General. Generally, people do not like change, including those within the movement.

When Chamisa talked of scientific organising, his ways of doing things was met with resistance, because his system was going to promote accountability and was going to deal with challenges the movement had faced when it came to structure issues.

Each congress, there seemed to be a different structure presented, and without a digital footprint to say otherwise, it was chaotic each time internal elections took place. He wanted to create a system that could not be manipulated, but many saw it as ambition to become leader.

While it is the dream and desire of every junior officer to occupy the highest office, Chamisa knew too well that it would be too soon. But, even though, would it not be great to get the position while dealing with the appropriate structures?

The issues of double candidates during elections, and the dismal failure of the MDC T to take over after the inclusive government, was partly due to that resistance to changes that Chamisa was introducing.

A party with smart ways of doing politics, digitalised structures and a scientific way of data collection and result collation during elections.

Systems where in place, but the opposition to the young man’s ideas was grander than the desire to defeat Robert Mugabe and Zanu PF. That’s how much the young man had made internal enemies – surely some were more interested in keeping political power rather than transforming the outlook of the nation.

Even this day, that hatred has continued to a point where Nelson Chamisa literally has to rebuild a mass movement with the ability to topple Zanu PF and its proxies and surrogates away from the broad democratic movement that Tsvangirai left. there is not much to talk about it – its fragmented. But the idea remains.

Zanu PF has an aversion to Chamisa because he has what they don’t – the charisma, the eloquence, the clarity and the backing of the ordinary people. So afraid of his impact that they are trying to make life difficult for him.

The Covid 19 pandemic provided a perfect cover to annihilate him. With the Lockdown, the Supreme Court judgment took place, he was to lose control of the party head office, he was to be deprived of finances due to the MDC Alliance, and without these, they believed, his political grave will be closed and sealed.

When that did not seem to work, with the Lockdown eased and the young leader went into rural areas, reports of picketing and stoning of his vehicles where reported, even to a point of alleged shootings to his car specifically. Still this has not dettered him.

Reforms around elections are yet to be implemented, amendments to the constitution have been made to consolidate the incumbent’s hold on power. Institutions are far from independent, the media is polarised, the society is broken and in desperate need for healing, and the majority do not trust electoral processes as shown by the general voter turnout averaging 45. 67% in previous electoral processes since 2000 according to electionguide.com.

Much needs to be done. The stage is set, but is clearly missing a lot. The peace of Zimbabwe is very fragile and needs a person with a love for the people to take over the reigns. Reconciliation is key, but this will need a statesperson – one who can rise above petty political fibs and focus on uniting the nation, building a general consensus and a national consciousness that allows for transformation.

In this modern world, Zimbabwe needs to quickly come up to speed. It is possible in our time, but it takes more than our love or affinity for a party, to asking the critical questions – what is good for Zimbabwe? Am I able to achieve my desires in a new and transformed Zimbabwe? If not, why not? If yes, then why not work towards that transformed nation.

Peradventure, those trying to disturb the process, would actually enjoy in a new Zimbabwe. We watch keenly the political landscape. Hopefully the evil eye cast on the man Chamisa, can be blinded and work focuses on what works better for Zimbabwe and not for individuals

By Yvonne Muchaka When the name Nelson Chamisa is mentioned in the streets of Zimbabwe, the reaction is a love, hate situation. Loved by those who believe he is the best foot forward. Loved by the young, whose aspirations to be better than where they are, ...
Share via
x
More Information