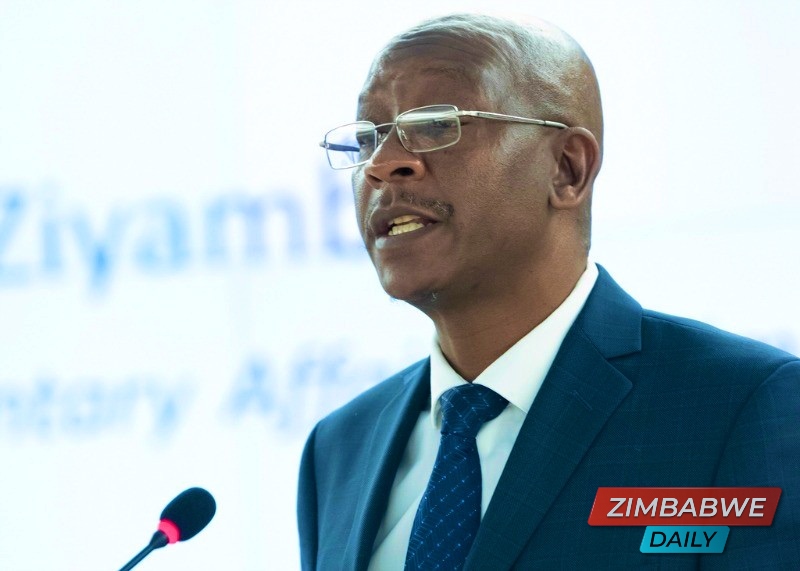 HARARE – The government of Zimbabwe has announced Cabinet will soon consider principal framework of a law that will criminalise and impose stiff penalties for campaigning against the country through private correspondence with foreign nationals.

The law will also criminalise actions that are deemed to harm national interest.

Justice, Legal and Parliamentary Affairs minister, Ziyambi Ziyambi will soon table the drafted principles of the bill to Cabinet.

The law came after the Justice Ministry was tasked by the Cabinet Committee on National Peace and Reconciliation back in August to draft a law that prohibits citizens from conniving with hostile foreign governments to harm the country.

Permanent Secretary in the Ministry of Justice, Virginia Mabhiza said the bill was similar to other laws from other countries such as the Logan Act in the United States of America.

She said it is solely the State’s mandate to engage other nations on issues pertaining to foreign relations. Acts that will be criminalised will include corresponding with a foreign government without approval, making false statements which harm the country and conniving with hostile foreign governments to harm the nation.

Mabhiza said, “the Bill is premised on the constitutional provision on the foreign policy of our country, which values the promotion and protection of the national interests of Zimbabwe.”

She also added “it is the duty of the State to engage other sovereign nations on issues pertaining to foreign relations, and not self-serving citizens.

“Conduct such as private correspondence with foreign governments or any officer or agent thereof will be prohibited, including false statements influencing foreign governments, or any other such conduct aimed at undermining the country.

“Private citizens will have to avoid conduct such as traveling to foreign countries as self-appointed ambassadors, meeting foreign officials to undermine the national interest.

“Conniving with hostile foreign governments and nationals to inflict harm on the country and its citizens will be criminalised.

“All the above conduct will be criminalised and in the event of a conviction, stiff penalties will be imposed.”

The law comes at a point in time where the government is facing widespread criticism from both citizens and the international community.

Many feel the law is a move by the state to further restrict dissenting voices complementing other laws that are already being debated including the Cyber security bill.

The bill has been blasted by some legislators as too restrictive.

HARARE - The government of Zimbabwe has announced Cabinet will soon consider principal framework of a law that will criminalise and impose stiff penalties for campaigning against the country through private correspondence with foreign nationals. The law wi...
Share via
x
More Information