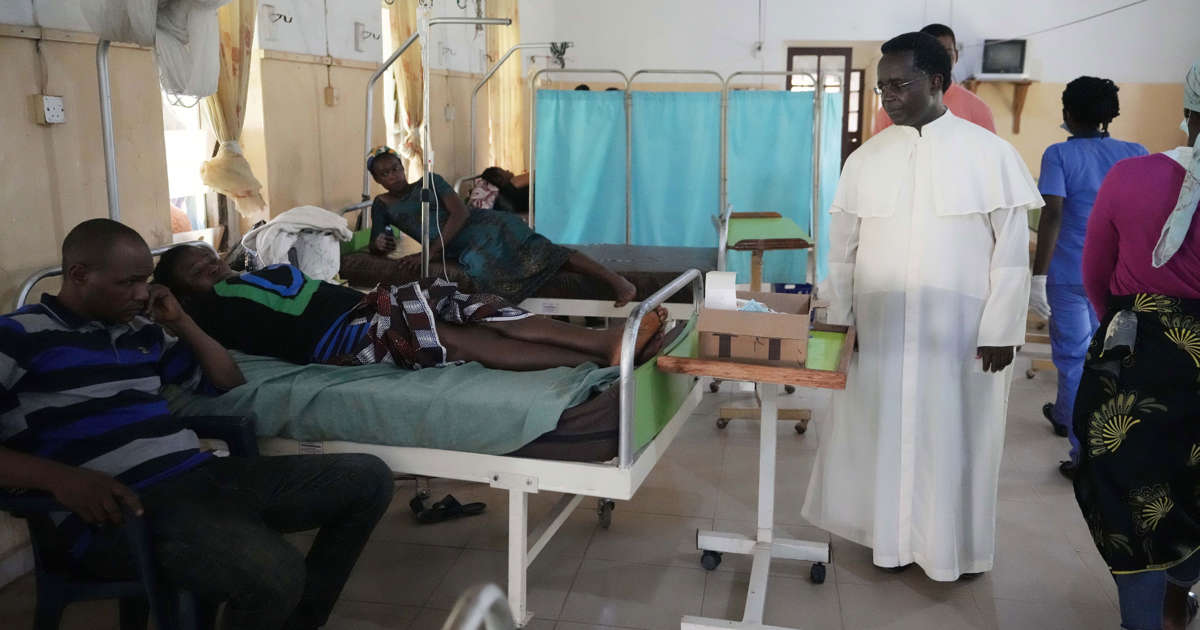 NIGERIA – The gunmen who killed 50 people at a Catholic church in southwestern Nigeria opened fire on worshippers both inside and outside the building in a coordinated attack before escaping the scene, according to authorities and witnesses. Relatives of survivors of Sunday’s deadly church attack – many of them children – on Monday described what happened as their loved ones received treatment for their injuries at a nearby hospital.

12-year-old Maryann Eze held her three-year-old brother while trying to get to safety inside the church. Her father later found her in a pool of blood, caused by multiple shrapnel injuries, still holding her younger brother’s hand.

He carried her to St. Louis Catholic Hospital where doctors removed shrapnel from multiple wounds.

Maryann’s mother, Ceciler Eze, told The Associated Press that a group of people entered the church and started shooting.

10-year old Samuel was also among those who were injured.

His grandmother said he had been attending church with his father and that she was called and told that “something terrible” had happened at the church.

Obi said the attackers also exploded bombs and that her sister was shot at close range in the stomach as she tried to leave the church.

Although Nigerian security forces have not yet identified who carried out the attack on St. Francis Church in the town of Owo in Ondo state, analysts suggested they came from elsewhere in the West African nation, which is plagued by violence from various armed groups, kidnappers and extremists.

No one has claimed responsibility for the church killings, in which children were among the dead and the gunmen used some kind of explosive.

Scores of people were wounded, although an exact number was not released by overwhelmed hospital workers.

NIGERIA - The gunmen who killed 50 people at a Catholic church in southwestern Nigeria opened fire on worshippers both inside and outside the building in a coordinated attack before escaping the scene, according to authorities and witnesses. Relatives of s...
Share via
x
More Information