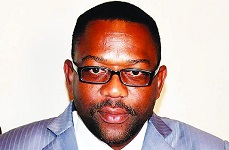 ZIMBABWE – Zimbabwe will import 100MW from Mozambique at more than 15 cents per kilowatt per hour and there is need for stakeholders to accept an electricity tariff increase if load shedding is to be minimised, Zesa Holdings said yesterday.

To finance power imports and emergency power projects, Zesa has proposed to push electricity charges to 14,64c/kWh up from 9,86c/kWh.

Stakeholders, chief among them industrialists, miners and farmers, have shot down the proposal arguing it would push up production costs.

Zimbabwe has been enjoying an improved power supply situation in the past few weeks mainly because of power imports.

South Africa’s Eskom has been selling 300MW to Zimbabwe since last month and the country is on the verge of clinching another 100MW deal with Mozambique.

Energy and Power Development Minister Dr Samuel Undenge will lead Zesa officials to Mozambique on Friday to finalise the deal.

The power utility’s officials were in Mozambique last week.

Zesa spokesperson Mr Fullard Gwasira said the power imports were not coming at a cheap price.

“It is important to say that the power will be imported at 15,5c/kWh,” he said.

“This is against a backdrop of the current tariff of 9,86c kWh. We are currently negotiating with Electricidad de Mocambique (EDM) for 100MW of imports to augment local generation to minimise the effects of load shedding.

“The negotiations are part of the emergency power supply intervention strategies to source more electricity to fill the void that has been caused by the declining water levels at Lake Kariba that have resulted in suppressed generation at Kariba Power station, from 750MW to 275MW.”

The average electricity cost in the Southern African region is 14c/kWh.

Zimbabwe yesterday was generating 1 276MW locally against a forecast demand of 1 375MW.

With stakeholders resisting a tariff increase, Dr Undenge has indicated that there is no going back on a tariff increase because Zesa has to urgently finance required power generating projects.

Among projects expected to ease the current power crisis is the 200MW emergency power plant to be installed at Dema Substation in the next seven weeks.

Mr Gwasira said contract negotiations were underway ahead of the installation of the diesel plant in the next few weeks.

“It is common cause that emergency diesel generators that ZESA wants to put up at Dema will come at a premium price of 18c/kWh,” he said.

“The price will then be diluted by Kariba, thermal and power imports to an average of 14,64c/kWh. It is important to note that the diesel plant is an emergency solution and as soon as the situation at Kariba improves, the tariff will be reviewed taking cognisance of the removal of diesel power. The tariff has to go up because we have lost the dilatory effect of Kariba Power station which produces power at 2c/kWh.”

Government is also working on various projects such as the expansion of Kariba South Power Station and Hwange Units 7 and 8, to add 300MW and 600MW respectively to the national grid.

While the big projects materialise, the Dema emergency diesel power plant will be complemented by another 120MW from the Mutare Peaking Power Plant, which is expected to take under 18 months to complete.

The plant is one of the priority projects targeted under Zim-Asset, and contract negotiations between the contractor, Helcraw Electrical (Pvt) Ltd and the Zimbabwe Power company have been concluded.

The country has been facing a serious power shortage that has affected industry, farmers and domestic consumers as a result of low investment in electricity generation.

ZIMBABWE - Zimbabwe will import 100MW from Mozambique at more than 15 cents per kilowatt per hour and there is need for stakeholders to accept an electricity tariff increase if load shedding is to be minimised, Zesa Holdings said yesterday. To finance powe...
Share via
x
More Information