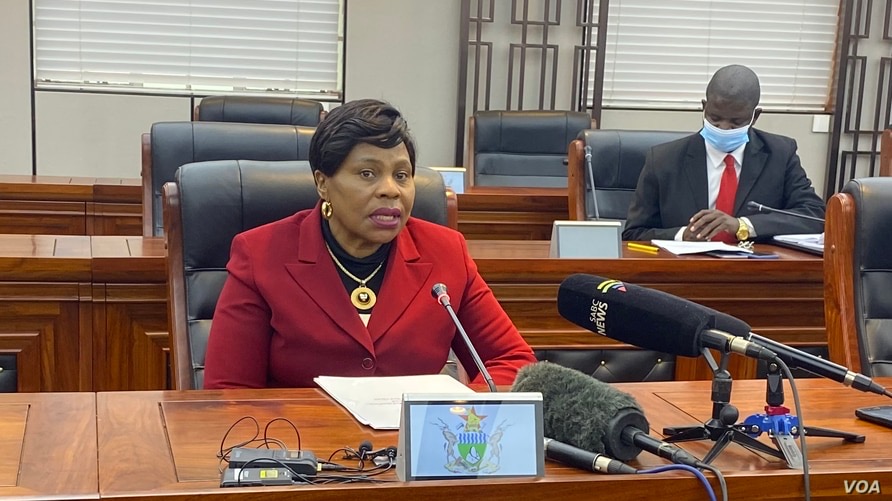 HARARE – Government has barred all unvaccinated civil servants from reporting for duty in a move that could throw schools into disarray.

Schools reopened two weeks ago amid reports that just over 10% of the teaching staff was vaccinated against COVID-19.

Mutsvangwa also revealed that Cabinet resolved to maintain its decision not to allow unvaccinated congregants to attend church services in defiance of last week’s High Court order that mandatory vaccination infringed on citizens’ rights and freedoms.

“Pursuant to the previous announcement that all civil servants should be vaccinated, Cabinet further resolved that no unvaccinated civil servants will be allowed to come to work,” Mutsvangwa said.

Since opening of schools, learning institutions have not been demanding vaccination certificates from teachers who are disgruntled over low salaries being paid by government.

Mutsvangwa said since opening of schools, a total of 132 cases of COVID-19 had been reported in schools and the affected persons were under quarantine and management of the Health ministry.

Mutsvangwa said Cabinet had resolved that only vaccinated congregants would be allowed to attend church services and increased the permissible number at other public gatherings to 100.

Government said churches could now carry 50% of their capacity at any given day as long as their congregants were vaccinated.

“While all other gatherings shall not exceed 100 persons, with regards to churches,
Cabinet has resolved that only vaccinated congregants can attend and should be limited to 50% of the holding capacity of the church,” Mutsvangwa said.

Some churches are big enough to accommodate 15 000 congregants and have now been given the greenlight to have 7 500 vaccinated congregants.

She said government also relaxed some COVID-19 measures, allowing all sporting activities to resume on the back of falling numbers of new infections and hospitalisation.

“While Cabinet previously allowed the resumption of low-risk sport activities, it has further resolved that all sporting activities can resume. All sporting codes have been allowed to resume, operating between 600hrs and 2000hrs,” Mutsvangwa said.

Meanwhile, government has said it would have a robust response to drug abuse, as numbers of young people engaging in drug abuse continue to increase

HARARE - Government has barred all unvaccinated civil servants from reporting for duty in a move that could throw schools into disarray. Schools reopened two weeks ago amid reports that just over 10% of the teaching staff was vaccinated against COVID-19. I...
Share via
x
More Information
x