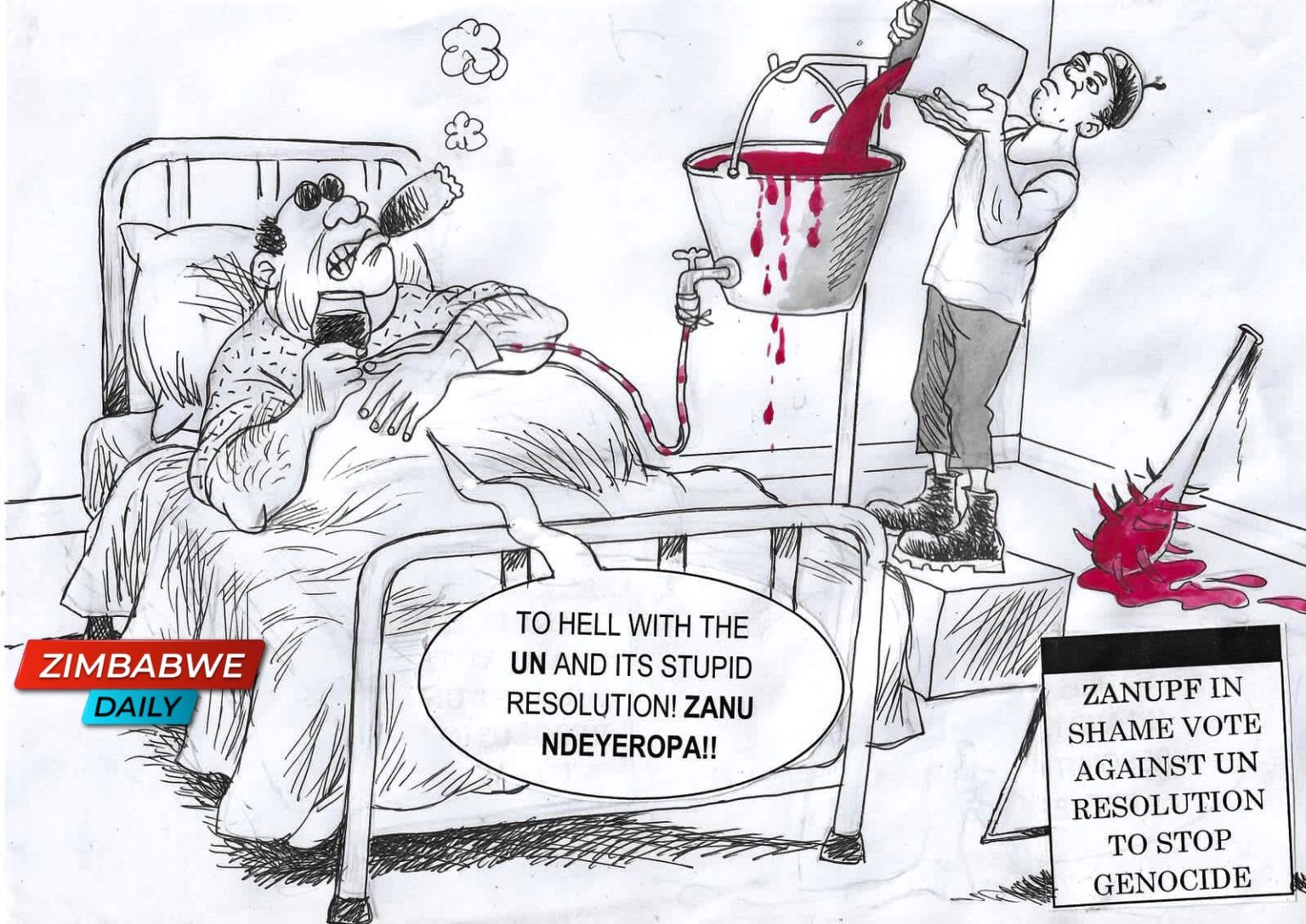 HARARE – “ZIMBABWE was one of the few countries that Tuesday voted against a United Nations General Assembly resolution seeking to protect vulnerable populations against “genocide, war crimes, ethnic cleansing and crimes against humanity.” reported a local publication.

“However, the resolution was adopted after 115 countries including neighbouring South Africa, and Botswana voted favour while 15 including Zimbabwe, voted against.”

Zimbabweans should not be surprised at all. These Zanu PF thugs fought the white colonial rule not to end oppression but to be the new oppressors.

Robert Mugabe and his fellow black nationalists presented themselves as the champions fighting for freedom, justice and liberty. The masses were promised one-man one-vote. This was just cheap propaganda and a clever rallying call to mobilise the masses behind the fight for independence.

By the time the elections were announced, Mugabe and company had already hatched a plan to ensure Zanu PF will win the elections. Zanu PF’s campaign mantra was that if the party did not win the elections then the bush war will continue. The long cherished one-man one-vote clarion promise to the masses was ditch without so much as by your leave.

The people voted to end the war. They knew better than argue looking up the business end of an AK47 rifle.

Mugabe and company went on to consolidated Zanu PF’s strangle hold on power by launching the 1983 to 1987 Gukurahundi massacre that forced the late Dr Joshua Nkomo and his PF Zapu to join Zanu PF. Mugabe got his long cherish wish a de facto one-party, Zanu PF, dictatorship.

As the country’s new oppressors Mugabe and his Zanu PF cronies have never seen anything wrong them riding roughshod over the regime’s critics and opponents. Zanu PF leaders believe they have the divine right to rule Zimbabwe and therefore anything they do, rigging elections and even committing mass murder, to secure the party’s iron grip on power is divinely sanctioned and authorised.

Indeed, it would have been hypocritical the regime had not voted against the UN resolution protecting vulnerable populations against genocide, etc. because Zanu PF has committed similar crimes itself in the past and will do so again in the future as its grip on absolute power is totally dependent on such underhand brutality! 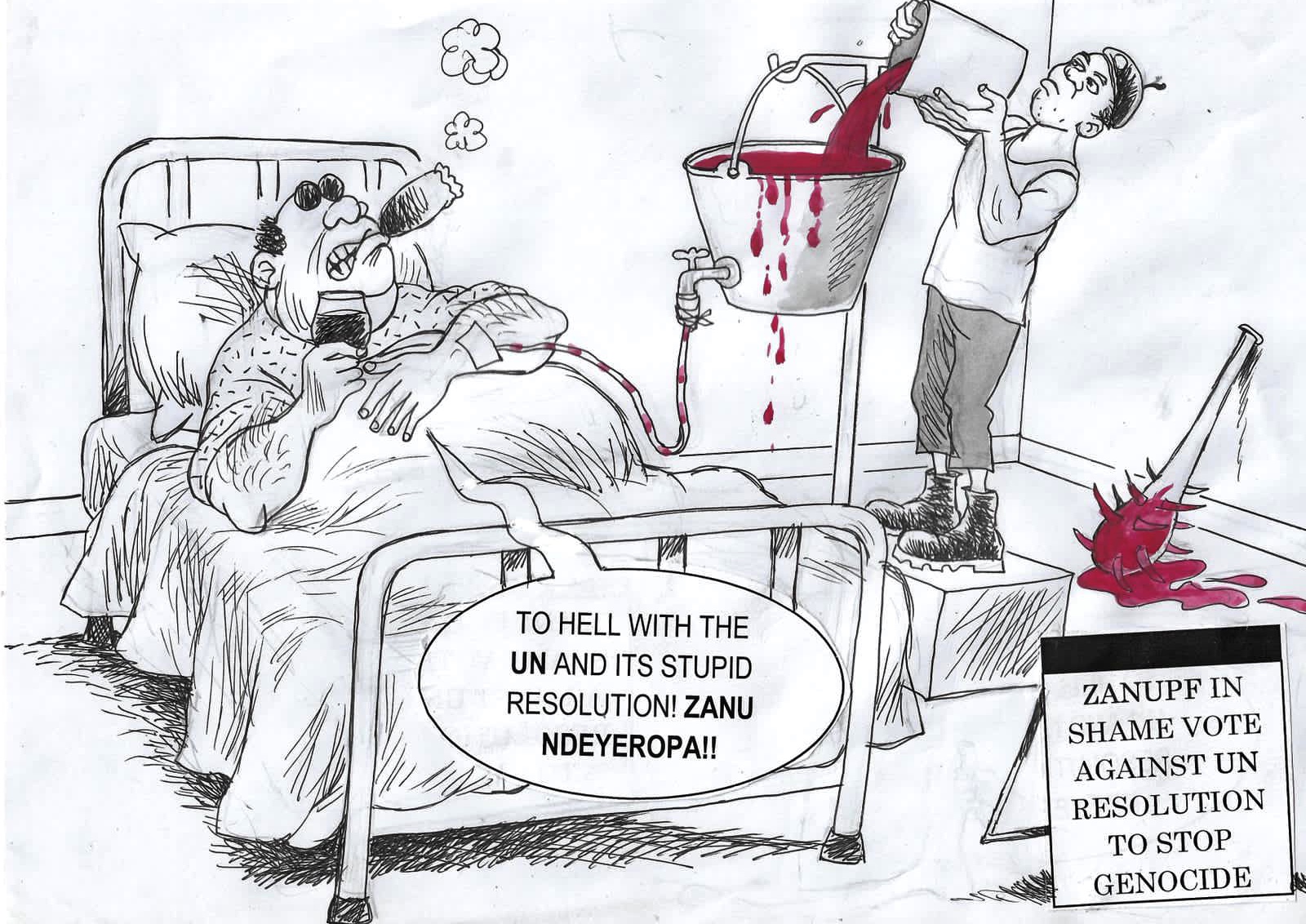 HARARE - “ZIMBABWE was one of the few countries that Tuesday voted against a United Nations General Assembly resolution seeking to protect vulnerable populations against “genocide, war crimes, ethnic cleansing and crimes against humanity.” reported a...
Share via
x
More Information