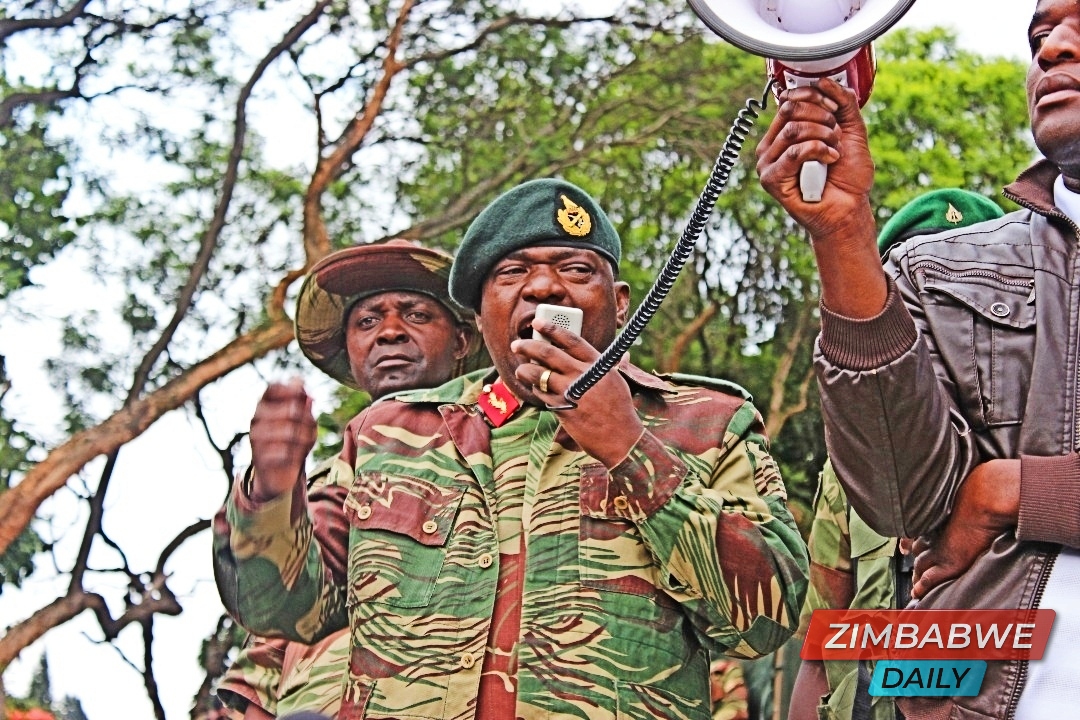 PROMISES of a break with the past and a new beginning, economic recovery, freedom, democratic re-alignment and prosperity by military commanders at the onset of Zimbabwe’s  2017 coup as well as by President Emmerson Mnangagwa have virtually been shattered amid renewed autocratisation – five years later.There is a sharp increase in cases of brute repression and worsening levels of corruption, with many saying the discredited politics of old are still ruling the roost.

On 13 November 2017, the then commander of the Zimbabwe Defence Forces and now Vice-President Constantino Chiwenga held a Press conference shunned by state media and promised the nation that the military was geared to uphold the constitution and ensure that citizens enjoy all their freedoms.

The address by Chiwenga marked the beginning of the coup in earnest.

“Let us begin by quoting the constitution of this country particularly the preamble which speaks of “Exalting and extolling the brave men and women who sacrificed their lives during the Chimurenga/Umvukela and national liberation struggles and honouring our forebears and compatriots who toiled for the progress of our country . . .”

“From a security point of view we cannot ignore the experiences of countries such as Somalia, DRC, Central Africa Republic and many others in our region where minor political differences degenerated into serious conflict that had decimated the social, political and economic security of ordinary people,” said Chiwenga.

He went on to quote specific sections of the constitution.

“Section 212 of the constitution of Zimbabwe mandates the Zimbabwe Defence Forces to protect Zimbabwe, its people, its national security and interests and its territorial integrity and to uphold this constitution.”

“. . . Further, we must understand that the freedoms that we enjoy today were as a result of supreme sacrifice by some of our countrymen and women and this must not be taken for granted. Let us remove this air of uncertainty and allow Zimbabweans to enjoy their freedoms and rights as enshrined in the national constitution,” he said.

Two days later, in the early hours of 15 November 2017, the then major-general Sibusiso Moyo who at the time was chief of staff (logistics), made a hair-raising speech on the national broadcaster ZBC vowing that the army had begun an operation to arrest criminals around the late Robert Mugabe and fight corruption in the country.

At that time the military had seized the ZBC, restricted movement of Mugabe and blocked access to government offices as the coup gained traction.

“Following the address we made on November 13, 2017, which we believe our main broadcaster, the Zimbabwe Broadcasting Corporation and The Herald were directed not to publicise, the situation in our country has moved to another level. Firstly, we wish to assure the nation that His Excellency the President of the Republic of Zimbabwe, and commander-in-chief of Zimbabwe Defence Forces, Comrade RG Mugabe, and his family are safe and sound and their security is guaranteed.”

“We are only targeting criminals around him who are committing crimes that are causing social and economic suffering in the country in order to bring them to justice,” he said.

The late Moyo, who died after having been appointed Foreign Affairs tzar, made further promises to improve welfare of civil servants, ensure the independence of the judiciary, protection of the democratic roles of legislators, bring an end to political violence and upholding of freedoms of citizens.

“To the judiciary, the measures underway are intended to assure that as an independent arm of the state you are able to exercise your independent authority without fear of being obstructed as has been the case with this group of individuals.”

“To our members of Parliament, your legislative role is of paramount importance for peace and stability in this country and it is our desire that a dispensation is created that allows you to serve your respective political constituencies according to democratic tenets.”

“To the generality of the people of Zimbabwe, we urge you to remain calm and limit unnecessary movement. However, we encourage those who are employed and those with essential business in the city to continue their normal activities. Our wish is that you enjoy your rights and freedoms and that we return our country to a dispensation that allows for investment, development and prosperity that we all fought for and for which many of our citizens paid the supreme sacrifice.”

“To political parties, we urge you to discourage your members from engaging in violent behaviour.”

“To the youth, we call upon you to realise that the future of this country is yours. Do not be enticed with dirty coins of silver. Be disciplined and remain committed to the ethos and values of this great nation.”

“To all churches and religious organisations in Zimbabwe, we call upon you and your congregations to pray for our country and preach the gospel of love, peace, unity and development,” the late Moyo pledged in the televised address before he boldly declared:

“To both our people and the world beyond our borders, we wish to make it abundantly clear that this is not a military takeover of government. What the Zimbabwe Defence Forces is actually doing is to pacify a degenerating political, social and economic situation in our country, which if not addressed may result in a violent conflict.”

Buoyed by the triumph of the coup, Mnangagwa upon his arrival from South Africa as President-designate, promised to fight corruption during a speech he made at Zanu-PF headquarters at night.

However, according to Tafadzwa Chikumbu, the Transparency International Zimbabwe director, corruption has been worsening in Zimbabwe over the years. “The declaration of a zero tolerance to corruption by the President in 2018 gave a ray of hope to a rotten society full of corruption with impunity,” he said.

PROMISES of a break with the past and a new beginning, economic recovery, freedom, democratic re-alignment and prosperity by military commanders at the onset of Zimbabwe's  2017 coup as well as by President Emmerson Mnangagwa have virtually been shattere...
Share via
x
More Information