NSSA bosses to pay back millions 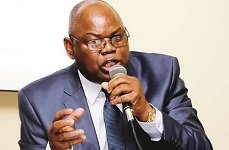 ZIMBABWE – Five National Social Security Authority executives sacked last year for gross mismanagement have to pay back more than $1,5 million they awarded themselves as loans and return their company vehicles.

This comes as NSSA board chairman Mr Robin Vela revealed that NSSA has come up with a proposed remuneration framework that will see a 25 percent reduction in monthly staff costs.

The proposed framework also focuses on reducing a litany of benefits for managers including allowances for holidays and children’s school fees.

The five executives will also return company cars and other assets to the authority.

The Retrenchment Board has given NSSA the nod to retrench the executives in an arrangement that will see their commutable pensions and benefits compensating for the loans.

Mr Vela said according to the retrenchment agreement endorsed by the Retrenchment Board, the managers now owed NSSA.

“The Retrenchment Board has granted formal authority to retrench on four of the ex-employees, with the other, agreed but yet to be finalised,” he said.

“The mutual agreement was one month’s salary for every year served. The authority was to be paid back loans, taken out by the five, amounting to some $1,1 million. Company cars and other assets were to be returned to the authority or in the case of one bought at market value.”

He added: “The net result was an owing to the authority by the five of some $450 000, which was to be satisfied, firstly by accessing the lump sum cash out of their commutable pensions, and the balance being left on account as housing loans at market interest rates of 11 percent over a 15-year term (provided the bond was registered with NSSA and title deed held by NSSA) and that the value of the property, on a forced sale basis, gave at least two times cover of the loan amount. In short, there will be no massive payout to the five former employees.”

A forensic audit revealed that the quintet pampered their lovers with dubious loans and awarded themselves monthly salaries of more than $40 000 each.

“Once they have been concluded and we have consulted with the relevant stakeholders, we will be able to report back on the next course of action.”

He said the proposed remuneration framework was in line with the prevailing economic environment and was “equitable and fair to the authority and staff”.

Mr Vela said the new framework, if endorsed, would be effective beginning the second quarter of this year.

“It takes into account the reduced contributions as a result of shrinking employment and aims to strike a balance between what we are paying our staff versus our payouts to pensioners,” he said.

“In broad terms, the new framework, which is still to be finalised pending consultations with stakeholders, will result in a much needed approximate 25 percent reduction in gross monthly staff costs to the authority.”

He went on: “We have reduced a litany of benefits, such as holiday, education and child school fees among others, and their corresponding costs of administration. We have replaced company cars, with expenses funded by the authority, to an individual vehicle ownership scheme. The employer pension contribution has been reduced from 18 percent of basic salary to 7,5 percent in line with other governmental department caps. Overall, we are moving to towards more of a ‘cost to company” model of employment in line with modern global trends.”

The Matiza-led management made questionable investments of $100 million, including buying shares in poorly-run companies and properties at inflated prices.

Mr Vela said a new general manager for the authority would be appointed soon.

He said: “Two recruitment agencies, one local (Proserve) and the other international (Stanton Chase), have been appointed, on a joint exclusive basis, to conduct the search for a general manager and senior management team.

“Their brief is to scour the globe for Zimbabweans with integrity, appropriate professional qualifications and experience to take the authority forward.”

At least $45 million is locked up in Interfin Bank, which is now under curatorship.

NSSA also lost $11,2 million worth of land to local authorities after failing to develop it.

The institution also dished out “non-profitable” loans to parastatals such as the National Oil Company of Zimbabwe ($3,1 million), Zesa ($9 million) and Cottco ($8 million).

NSSA bosses to pay back millions

ZIMBABWE - Five National Social Security Authority executives sacked last year for gross mismanagement have to pay back more than $1,5 million they awarded themselves as loans and return their company vehicles. This comes as NSSA board chairman Mr Robin Ve...
Share via
x
More Information