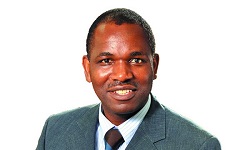 ZIMBABWE – An attempt by businessman, Tawanda Nyambirai, to reverse the acquisition of four former white-owned commercial farms — which his companies bought at the height of the land reform programme in 2000 — citing the spirit of indigenisation, hit a brick wall after the High Court ruled that he does not have a case.

High Court judge, Justice Priscilla Chigumba on September 30 ruled that government legally acquired the farms and their sell to Nyambirai was invalid and therefore he cannot seek any compensation or eviction of people who were allocated the farms.

Nyambirai and his two firms, Naval Phase Farming and Beach Farms had dragged the Ministry of Lands and Rural Resettlement to the courts saying the acquisition of Duncanston, Kopje Alleen, the Beach and Rusfontein farms — all in Masvingo Province — should be reversed.

The purported acquisitions of the farms by Nyambirai’s companies were done without the mandatory certificate of no interest from government. In fact, when the transactions took place, the farms had been listed for compulsory acquisition by government.

Nyambirai argued that as an indigenous Zimbabwean, government could not take his firms’ farms, an argument Justice Chigumba said was unfortunately erroneous.

“The applicants’ papers are permeated with an unfortunate equation of the perceived meaning of ‘indigenous Zimbabweans’, with Zimbabweans of black African descent,” Justice Chigumba pointed out.

“I am unable to accede to the contention that land that is already owned or occupied by ‘indigenous’ (read black) Zimbabweans cannot be said to be land required for resettlement purposes within the meaning of Section 16 B of the former Constitution.”

The court ruled that the country’s Constitution was clear that the acquisition of agricultural land by the State for the purposes of resettlement could not be challenged in any court of law.

“The law is therefore clear, a litigant cannot challenge the acquisition of agricultural land on the basis of a perceived violation of rights conferred on the litigant by the declaration of rights in Chapter III of the former Constitution, such as sections 18 and 23 of the Constitution,” Justice Chigumba said.

The 21-page judgment went on to read: “The land reform programme is for the benefit of Zimbabweans from all walks of life. It is blind to race or color and only bows down to gender balance and diverse community interests.

“Whether acquisition and distribution of agricultural land is to continue, from whom land is acquired, to whom it is allocated, are questions for the executive, which are not justiciable. What is subject to judicial review or supervision is the process of acquisition, which must comply with the provisions of the Constitution.

“The farms were lawfully identified in terms of the Land Acquisition Act. They were lawfully listed in terms of Schedule 7 of the former Constitution. Second (to) fourth respondents hold validly issued offer letters. Applicants are not entitled to the eviction of the second – fourth respondents. Applicants are not entitled to the declaratur that they seek.

“They lost all rights in the farms to the first respondent except the right to compensation. For these reasons the application before the court be and is hereby dismissed with costs.”

Nyambirai was not only seeking the restoration of the farms to his ownership, but also compensation for loses suffered during the years his businesses have been discommodated from the properties.

Justice Chigumba pointed out if there is any compensation due to anyone who claim to be the owners of the said farms, that compensation can only paid by Zimbabwe’s former colonial master, Britain, as clearly stated in the country’s Constitution.

Nyambirai only challenged the taking over of the farms in February this year saying it was not possible to do so before because the former Vice President of Zimbabwe, Joice Mujuru and her late husband Solomon Mujuru were behind the seizure of the farms and had used their political muscles to block the challenge.

“The third applicant (Nyambirai) averred that the current occupants of the farms are politically connected people who had state machinery at their disposal to cause kidnappings and to torture the applicants’ employees. They were connected to the late Retired General Mujuru and former Vice-President Dr. Joice Mujuru.

“Applicants were forced to withdraw the High Court application in which the court had granted them a provisional interdict, and they were too scared to vindicate their property until the General died and his wife was removed from office for abuse of power,” Justice Chigumba noted.

She however said it was no longer possible to verify the veracity of Nyambirai’s claim, since the Mujurus were never cited in the previous and the latest court applications.

“The averments made by the applicants of threats, intimidation, harassment and torture were buttressed by documentary evidence of medical treatment. They were evaluated by this court and an interim interdict granted in 2002. The interim interdict was withdrawn by the applicants before its confirmation. This current application was not served on Retired General Mujuru who is deceased, or on his wife the former Vice President of Zimbabwe.

“They did not get an opportunity to respond to the allegations that they orchestrated the forcible removal of the applicants from their farms for political reasons. The first respondent (Ministry of Lands) has not responded to those allegations, and indeed cannot be expected to do so on behalf of the former Vice-President and her deceased husband.”

ZIMBABWE - An attempt by businessman, Tawanda Nyambirai, to reverse the acquisition of four former white-owned commercial farms — which his companies bought at the height of the land reform programme in 2000 — citing the spirit of indigenisation, hit a...
Share via
x
More Information
x