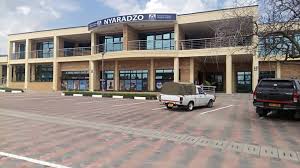 HARARE – Today marks twenty years since Nyaradzo started operating becoming the first company in its industry to have an indigenous name.

In its 20 years of existence, Nyaradzo has grown to be a leading funeral company in the country and expanded globally with offices in South Africa and the United Kingdom among others.
This expansion has seen it’s standards also rise significantly as shown by the numerous service awards the company has won over the years.

Some of the awards include the recent recognition as the organisation with the highest customer satisfaction index and the multiple Superbrand crown awards due to it’s customer-centric culture.

Nyaradzo Funeral AssuranceCompany was transformed into Life Assurance Company to cater for it’s expansion as more subsidiaries have been opened.
These include Calundike exports which started by offering caskets and coffins but has grown to be a fully-fledged furniture outlet, Eureka Insurance Brokers, Sahwira Events and Lifestyle offering events management services while they have also added the Nyaradzo Asset Management and Sahwira Bureau de Change.

As a company that has invested heavily in technology, the company has been able to adjust it’s current services during the pandemic, notably has been the ability to provide virtual funerals to bridge the gap as many cannot attend physically.

Currently, the company has a staff complement of more than 1.500 workers and is contributing to addressing the unemployment challenges faced by the nation.

HARARE - Today marks twenty years since Nyaradzo started operating becoming the first company in its industry to have an indigenous name. In its 20 years of existence, Nyaradzo has grown to be a leading funeral company in the country and expanded globally ...
Share via
x
More Information