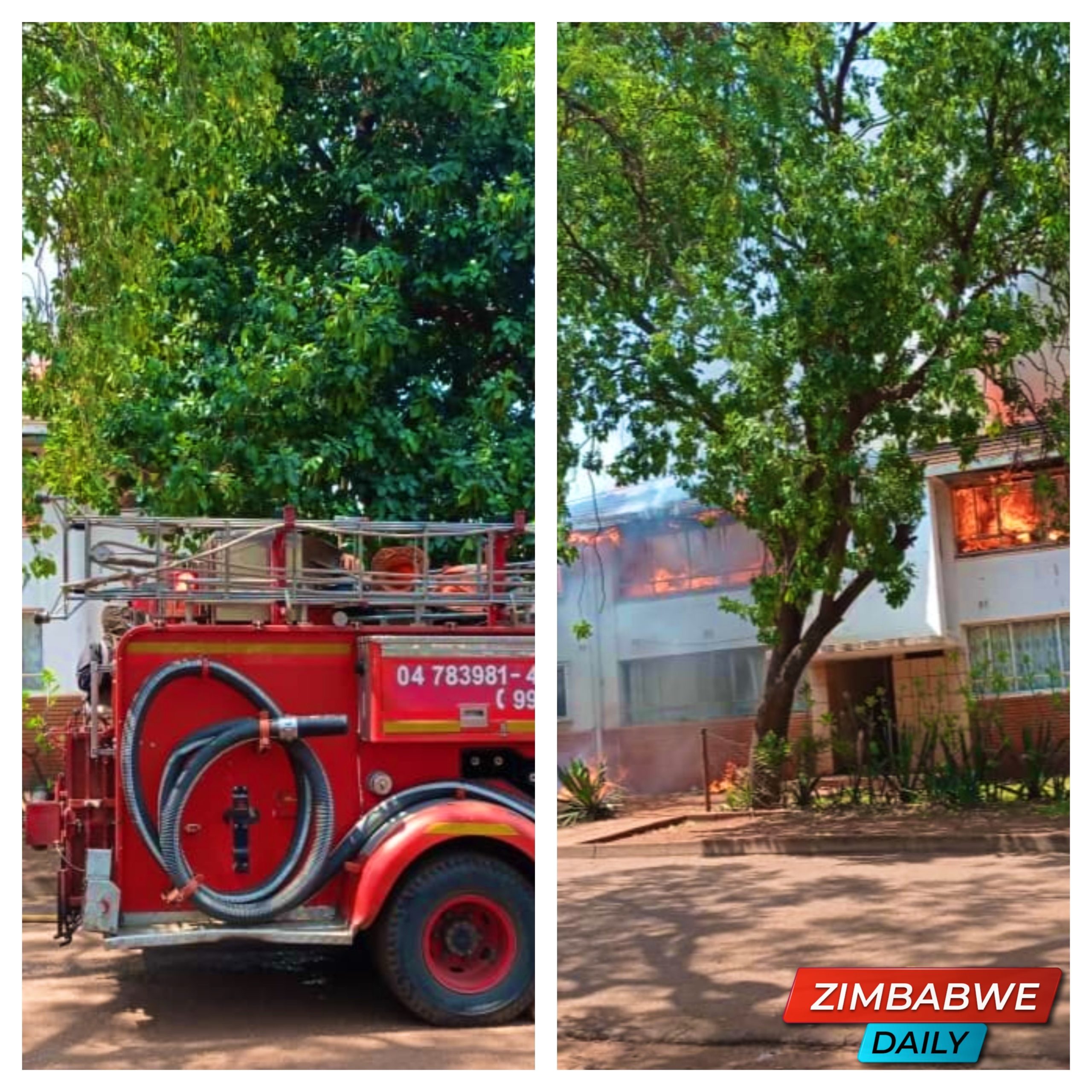 HARARE – There has been numerous stories about Harare Fire Brigade arriving on reported fire cases either too late and or carrying inadequate water to fire scenes.

This reporter followed the Chief Fire Officer,Mr. Lovemore Mafukidze to Chirundu Court after the block of flats caught fire and had its entire first floor razed down by fire leaving 6 families desperate for shelter.

It turned out most and if not all reports on this issue are misconceptions resulting from either very poor understanding of the fire systems or from fallacies created by misguided elements of the community.

On arrival, fire tenders carry what the Chief Fire Officer termed ‘first aid water’. ‘……this water used to attack fires on arrival whilst firefighters are connecting their connections to the fire hydrants to argument fire tender tanks’, Mr. Mafukidze said.

In the case of the Chirundu Court inferno ,the authorities dispatched 3 fire tenders which in a normal economy would be good enough to quell the this type of fire. The fastest of these tenders carries the smallest tank with a total capacity of 2000 liters of ‘first aid water’

With it, the tender carries a 2 stage high pressure centrifugal pump that dishes out about 2500 litres a minute when demanded.

This is one area most people do not understand and in their lack of wisdom seek to be the biggest defenders of rights and send misinformation for consumption to the multitudes of their readers.

Simple mathematics show that the fastest tender mentioned above with a total carrying capacity of 2000 liters of ‘first aid water’ is emptied within seconds of arrival and engagement of the fire.

In a normal situation, this first aid engagement is done whilst officers are connecting their equipment to fire hydrants that are located nearby all big buildings and properties. Now, another challenge is most fire hydrants are damaged by unsuspecting residents.

At other extents ,these are available but with either no water or low water pressure owing to the perennial water challenges the city is facing.

Pressed to explain on suspected late arrivals after alarms are sent for firebreaks, Mafukidze bemoaned lack of cooperation from stakeholders. He cited that the city does not have dedicated contact lines for emergencies.

For example, developed economies have numbers like ‘999’ and sort of numbers we see in ‘emergence movies’ dedicated for this sort of cases.

Dedicated lines are allocated by authorities like POTRAZ who have jurisdiction over all network operators. All registered operators put up a dedicated numbers for this purpose with a view to allow all citizens to report emergencies at no cost.

The city has made numerous representations to this end and with not so pleasing results to report back.

By Chelsea Mashayamombe HARARE - There has been numerous stories about Harare Fire Brigade arriving on reported fire cases either too late and or carrying inadequate water to fire scenes. This reporter followed the Chief Fire Officer,Mr. Lovemore Mafukidze...
Share via
x
More Information
x