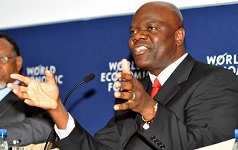 The US NASA Perseverance Rover safely landed on Mars on 18 February 2021 after a 470.7 kilometre-journey from Earth. The robotic vehicle landed itself flawlessly in Mars’s Jezero Crater.

1) Search for, and identify, a past capable of microbial life, i.e., investigate the habitability of Mars.

2) Look for signs of current microbial life (biosignatures) in the places where the history of life is detected.

3) Note the distinction between microbial life and intelligent life (human-like life). The expectation (or assumption) is that there is no intelligent life elsewhere in the universe except on Earth.

Of course, this our shared human arrogance as a species.

4) Collect rock and soil samples, analyse them on site and bring some to Earth for further studies about Mars’s mineralisation, geography, habitability etc.

No surprises on who will own the minerals if they are discovered!

5) Prepare Mars for the landing and then habitation by humans. For example, on the Rover, there is equipment to produce oxygen from Mar’s atmosphere, which consists mainly of carbon dioxide.

No surprises on who will colonise the planet if it is made habitable!

The Perseverance Mars Rover is Six-Wheeled Mobile Robot with the following technologies:

1) Multiple sensors such as super-cameras, imagers and radar

2) Intelligent sensor fusion and control – to interpret the various sensor information and use the outcome to direct the Rover’s movement.

3) Robotic arm for collecting samples and manipulating objects on the surface of Mars.

4) An ultraviolet spectrometer and an X-ray spectrometer for on-site analysis of collected soil and rock samples.

5) MEDA – A mounted weather station on the Rover.

6) MOXIE – Technology to produce oxygen from carbon dioxide, which is the dominant gas in the Martian atmosphere.

Are we not wasting resources by pursuing such grand scientific projects? Well, human curiosity will continue to exist in the midst of poverty, disease, inequality or war. Those with the cash will use their resources to address to explore, experiment and venture into the unknown.

What will be prudent is to pursue a multipurpose agenda where science is used to address curiosity and solve existing problems.

More importantly, the science and technology developed from the pursuit of curiosity (such as space exploration) can be applied to solve urgent and pressing human problems.
It is a dynamic process.

Given the negative experiences (to Africans and others) of past voyages and discoveries, this plunge into space exploration should be cooperative. However, no one will involve the African if we do not pull our resources together and assert agency as a united and integrated continent.

If Africans work as one market (or country), our strength is: 1.3 billion people and collective GDP of USD2.5 trillion. This is what we should leverage as ONE entity and not fragmented and non-viable states.

ONLY as such a vast integrated economy can a united Africa participate in these cooperative scientific adventures and discoveries, NOT as small and inconsequential states such as Zimbabwe, SA, Botswana or Nigeria.

We must unite in pursuit of high technology and advanced science.

The landing of the Perseverance Mars Rover is both an instructive inspiration and a profound demonstration of the unbounded nature of science and technology applications.

As Africans, we must be inspired, embrace science and deploy technology to solve our many developmental problems. This ambition can be best accomplished as one country, the United States of Africa.

By AGO Mutambara The US NASA Perseverance Rover safely landed on Mars on 18 February 2021 after a 470.7 kilometre-journey from Earth. The robotic vehicle landed itself flawlessly in Mars’s Jezero Crater. The Scientific Objectives 1) Search for, and ident...
Share via
x
More Information