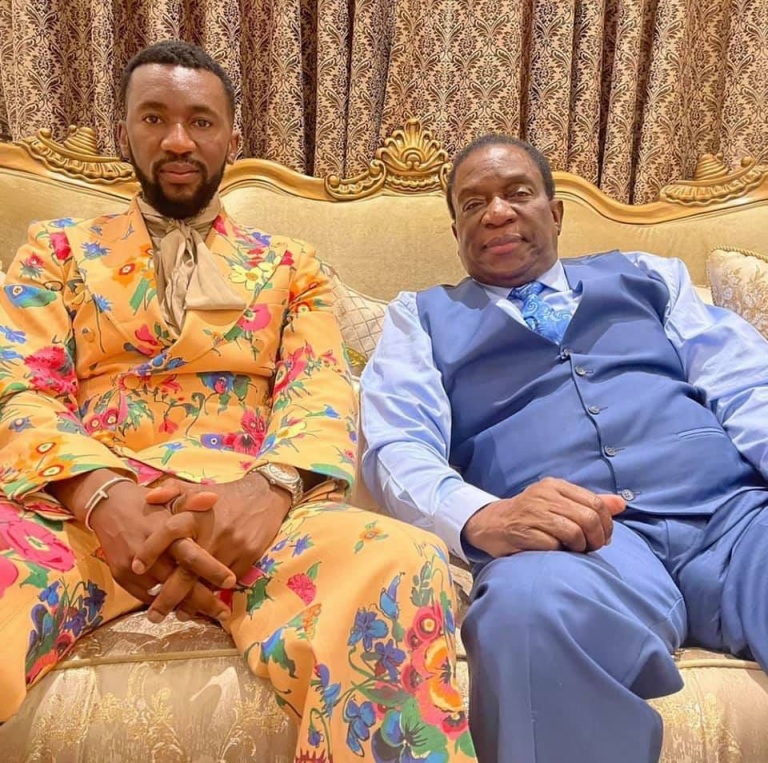 HARARE – Over 11 000 people have signed an online petition addressed to America’s Vice President Kamala Harris calling on her government to deport flamboyant self-styled prophet Passion Java. The now-viral petition was started on Thursday by former MDC Alliance councillor Godfrey Kurauone targeting 15 000 signatures. In the petition, Kurauone called for Passion Java to be sanctioned and barred from coming to the USA and also have his accounts frozen.

Titled “Deport Panganai Java from the US, he is an enabler of Human Rights violations in Zimbabwe,” the petition has a target of 15 000.

“Panganai Passion Java, a self-proclaimed prophet, enjoys permanent resident status in the USA while he goes back to Zimbabwe to actively support a regime that is killing citizens, violating fundamental rights and stealing national resources,” reads the petition.

“He uses State resources to move around the country buying votes for Mr. Emmerson Mnangagwa.

“The State Department of the United States has through its Secretary of State has the power to begin the process of revoking Mr. Passion Java’s permanent resident status.

“The USA policy is to support freedom, democracy and prosperity for the people of Zimbabwe and to this end has imposed restrictive measures on individuals who aide human rights violations and undermine democracy in Zimbabwe. Mr. Java is one such culprit and should be sanctioned and barred from coming to the USA and his accounts frozen.”

Java stays in America but has recently been campaigning for Mnangagwa locally, using his Passion Java Records and proximity to dance-hall artists to drum up support for him ahead of the 2023 harmonised elections.

He even roped in services of Rhumba legend Kofi Olomide whose “ED number one” phrase divided opinions in Zimbabwe.

Just as the petition approaches its target, Prince Muwandi one of Java’s supporters has launched another petition in support of the prophet titled, “Appreciation of the good works done by Prophet Passion.”

It had managed 14 people by publishing.

“Passion Java does Charity work, encouraging the youth to stop drugs, to work (conducting projects, promoting the music industry), preach the Gospel and support good works done by the president of Zimbabwe, (his Excellency President Emerson Mnangagwa) the vision he has. I deny the bad news that his haters are spreading about him (misleading news that promotes violence.),” reads Muwandi’s petition.

HARARE - Over 11 000 people have signed an online petition addressed to America’s Vice President Kamala Harris calling on her government to deport flamboyant self-styled prophet Passion Java. The now-viral petition was started on Thursday by former MDC A...
Share via
x
More Information