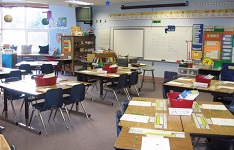 ZIMBABWE – Some parents with children at Montrose Prep School in Milton Park have raised concern over the way the institution is being run.

The parents allege several tenets of good corporate governance are at stake at the prep school which has begun enrolling infants for Grade 1.

A parent is already seeking legal recourse against the school for a host of things which he said fell short of what was promised when his child enrolled at the institution.

Some of the parents allege that they have had to pull out their children from the school which the director Bernadette Masona confirmed but said the 10 pupils who left went to cheaper schools.

“I learnt that my child was always having rice and tomato source or rice and soup for lunch which was not part of the menu offered.

“This kept on going for some time and we tried to talk to the school authorities but nothing worked,” said David Mudzongo whose kid was once at the school.

He said he was taking legal proceedings.

“More of the issues will be heard before the court; we have taken the legal route,” said Mudzongo.

He said they had been made to pay for a Cultural Day’s activities last year but the activities were cancelled only to be told later that it had been postponed to this year.

“We paid around US$15 for every child but the event was cancelled. They should be transparent with our money,” said Mudzongo.

One of the parents showed this publication an account number in the name of Magstock Enterprises which is being used by the school.

“Imagine the school uses an account for another entity; will their books be transparent?” said the parent.

Masona however scoffed at the allegations saying they were coming from one disgruntled parent who was leading others.

“I know the parent who is leading all this.

“No one paid for the cultural day. We had to postpone because our traditional venue was booked for something else.

“We use Magstock Enterprises for our account and if you want to check with the bank manager you will see that we trade as Montrose Group of Schools,” said Masona.

She said 10 pupils had left because of the parent’s unbecoming behaviour but later changed saying the parents had taken the pupils to cheaper schools.

“Ten pupils left the school because of that parent,” she said but later changed saying, “the children left for cheaper schools

ZIMBABWE - Some parents with children at Montrose Prep School in Milton Park have raised concern over the way the institution is being run. The parents allege several tenets of good corporate governance are at stake at the prep school which has begun enrol...
Share via
x
More Information