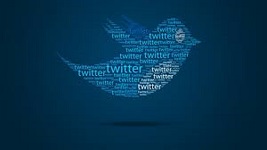 @Zesa263 urges customers to #DonateABucketOfWater to Lake Kariba to improve power generation, retweets photos of locals using inert pylons as swings, and jokes that the power cuts are opposition leader Morgan Tsvangirai’s fault. On Monday the account – which has insisted it is not a parody account – published a picture of an open truck from ZESA subsidiary ZETDC carrying a generator.

“This guy bought a generator for his ambuya (grandmother),” @Zesa263 tweeted, adding in a later tweet: “This is not a ZESA generator.”

Power cuts have taken a sudden turn for the worse in Zimbabwe over the last few weeks, with some suburbs in Harare going without power for up to 24 hours at a time.

Frustrated Zimbabweans have complained bitterly on social media about the lack of power. They’ve also brought humour to the situation, as the tongue-in-cheek comment under a newspaper piece on Monday’s supermoon lunar eclipse showed.

“We do not like these eclipses. We actually need the light from the moon more, seeing that we are getting none from [state power firm] ZESA,” one reader posted underneath a story about the eclipse on the online version of the private Newsday.

“Thieves took advantage [of] this and robbed this morning,” continued the reader, who called him or herself “Unbanked”.

The comment was spotted by Nqaba Matshazi, Newsday’s deputy editor, who tweeted: “A @NewsDayZimbabwe reader has a special reason for not liking lunar eclipses. Hilarious.”

Apart from @Zesa263, there is also a popular @ZESA_official account, which says it is run by a ZESA employee. Both accounts claim to be for real.

ZESA’s chief executive officer Josh Chifamba appears to be on Twitter – but his tweets are protected.