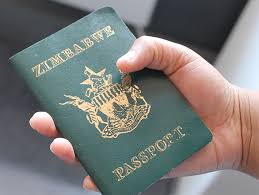 HARARE – Government has announced an upward review of the passport fees, citing that the current fees were no longer viable.

Zimbabwe currently has a passport backlog of 256000.

“Foreign currency is required for the offshore procurement of consumables. The current fees in local currency are no longer viable due to the auction exchange rate when applied to the fees charged,  which translates to unviable returns on expenses.

“The production costs for a single passport is about US$58.55. Cabinet agreed that measures be taken to deal effectively with the current situation which is affecting locals and our diasporans alike. Passports have been reviewed to US$60 for an ordinary passport and US$200 for three-day passport issuance. All these are pegged that the average US Dollar to Zimbabwe Dollar exchange rate,” she said.

In addition, “treasury will provide US$4.5 million to purchase the required equipment and consumables. The public is now assured that passport issuance services will run uninterrupted until the backlog is cleared,” Mutsvangwa added.

The country has been struggling to provide the much-sought-after document with some citizens still waiting for their passports since 2019.

HARARE - Government has announced an upward review of the passport fees, citing that the current fees were no longer viable. Zimbabwe currently has a passport backlog of 256000. Information minister Monica Mutsvangwa said the cabinet approved the new price...
Share via
x
More Information