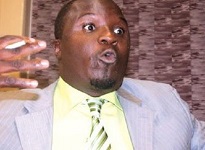 1.3kViews
0 Shares Share on Facebook Share on Twitter
ZIMBABWE – A ZANU PF-linked cleric has come out in support of President Robert Mugabe’s call for the nation to pray for rain and attacked the shadowy Zimbabwe Christian Prophetic Voice (ZCPV) group for seeking to “monopolise God”.

Destiny of Africa Network front-man Obediah Msindo told NewsDay yesterday that ZCPV was in in fact an extension of the regime change agenda.

“The truth of the matter is that every political leader is in those positions as per God’s divine commission. No one can claim to have spiritual authority to call for prayer.

“Anyone can do that. There is nothing sinful, bad or unbiblical for the President or his deputy to call for prayer. Would they have it better that the President calls for a gathering of traditional leaders? I would have hoped that as the Church, we must be happy that our political leaders are acknowledging God’s sovereignty, supremacy and power,” Msindo said.

His comments were in response to a statement issued by ZCPV spokesperson Pius Wakatama, who this week slammed the Zimbabwe Heads of Christian Denominations (ZHoCD) for “pandering to the whims of a murderous regime”.

The ZHoCD agreed to call its members to pray for the nation following a meeting with Vice-President Phelekezela Mphoko at Mugabe’s behest. Wakatama, however, said neither Mphoko nor Mugabe had the moral authority to cause the country to pray for rain arguing the current administration had “blood on its hands”.

But Msindo said Mugabe should instead be applauded for acknowledging God’s omnipotence.

“In any case, these political leaders did not pray themselves, or ask to lead the rain prayer session. They have instead, as was the case in the Bible, called on Christians to ‘talk to your God for rain’.

“We should stop behaving as if we have a monopoly on God. We are all sinners. We are saved by His grace, God is neither partisan nor denominational. He does not favour particular political groupings or churches,” Msindo said.

“We think this is an opposition Christian group masquerading as the prophetic voice of God. Like their cousins in the opposition, they have chosen to attack Mugabe, but have never condemned or commented on gay tendencies in the opposition. It is in fact a secular group with no moral authority, but inspired by naked hatred for Mugabe. Nobody has a right to judge. They are not preaching salvation, grace and forgiveness or the good news, but judgment and condemnation with echoes of their Western masters as well as the opposition”.

Msindo added that the current dry conditions were a natural phenomenon that had nothing to do with political personalities.
“Mugabe is not the leader of the whole southern hemisphere which is affected by the El Nino phenomenon. Our people must not be misled by opportunists seeking for 15 minutes of fame,” he said.

Africa and West at odds over disputed Zimbabwe election