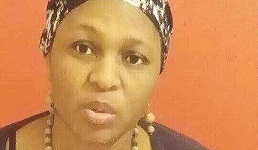 ZIMBABWE – Progressive Democrats of Zimbabwe (PDZ) leader Barbara Nyagomo says she will soon embark on a national tour to mobilise support for her party ahead of the 2018 watershed elections.

The 44-year-old United Kingdom-based politician-cum-philanthropist said she was bubbling with confidence after her party scored a “respectable” number of votes during the Nkulumane constituency by-election held in December last year.

She said the tour would begin with a rally in Chitungwiza on February 20 and end in Masvingo on March 6.

In the Nkulumane by-election, Zanu PF’s Killian Sibanda garnered 2 161 votes, while Ngwalo Nyathi of PDZ came second with 680 votes and Sibusisiwe Mpofu of the Renewal Democrats of Zimbabwe led by Elton Mangoma had 397.

Speaking from her base in the UK, Nyagomo said she would meet her structures in every province as well as attending the National Electoral Reform Agenda (NERA) meeting.

“The political landscape in Zimbabwe is fluid at the moment. We recently had an exodus of members with their party structures from RDZ, some people are moving to People First, and all that. I am coming to Zimbabwe soon, I am settling back home to be in the trenches. I am also attending the NERA meeting of opposition principals on February 23,” she said.

“We are on a massive recruitment and mobilisation exercise. We recently contested in the Nkulumane by-elections and we bagged a number of votes, something that shows how powerful PDZ is. The party has great potential to grow in Zimbabwe because its vision and values are people-centred.”

“The formation of PDZ was the culmination of many years of suffering and failed attempts to reach out to the elite leadership who have formed a social class that is above its people. In addition, many years of research and discussions have been undertaken to ensure a clear identification and understanding of the citizen’s fears, concerns and hopes for a better Zimbabwe are taken into consideration,” she said.

“The people of Zimbabwe are shouting, but no one is listening. PDZ is the voice of reason and the listening ear of the poor and downtrodden. 2018 will be a defining time for every Zimbabwean as it will give its people an opportunity to change their futures and fortunes for the better, by voting for a party that represents their needs.”

ZIMBABWE - Progressive Democrats of Zimbabwe (PDZ) leader Barbara Nyagomo says she will soon embark on a national tour to mobilise support for her party ahead of the 2018 watershed elections. The 44-year-old United Kingdom-based politician-cum-philanthropi...
Share via
x
More Information