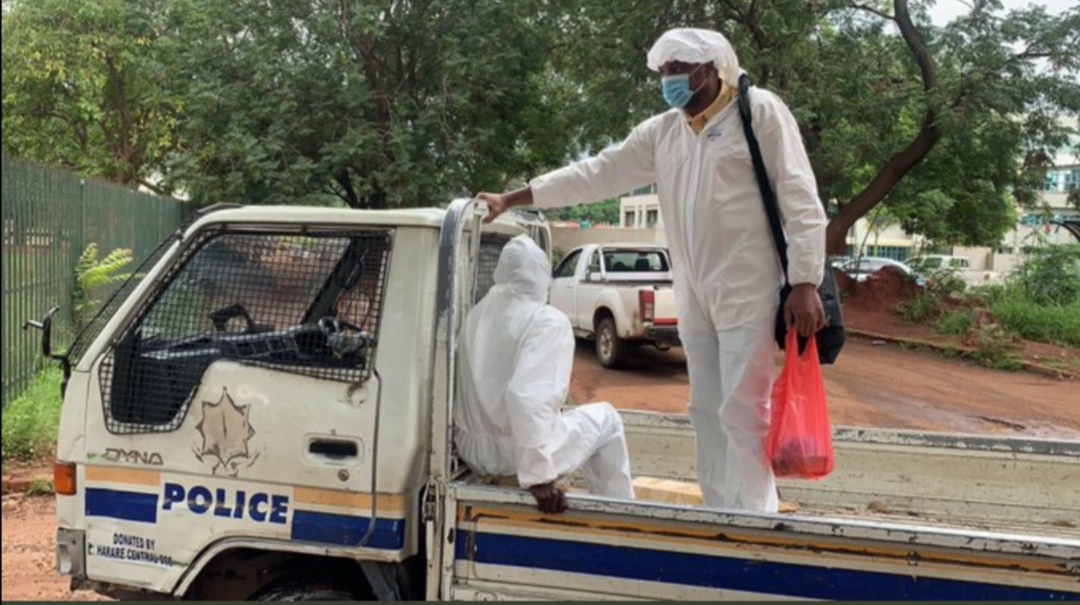 HARARE – Outspoken journalist Hopewell Chin’ono has been remanded in custody to Monday 11 January 2021 following his arrest on Friday where he is accused of “communicating falsehoods.”

The latest charges are related to a tweet he made commenting on a video which alleged to be about a police officer who had allegedly killed a baby.

Police picked up Chin’ono from his Chisipite residence barely days after he came back from South Africa medical-related visit.

Representing Chin’ono, Harrison Nkomo argued that his client’s arrest was reckless since he (Chin’ono) had been in contact with people who tested positive for Covid-19 and had been by authorities to advised to self-isolate.

Nkomo is also arguing that Chin’ono is being charged with a law that was struck off by the Constitutional Court which deemed it unconstitutional.

Legal expert, Alex Magaisa also said the provision being used had been struck off in 2014.

“Zimbabwe Republic Police are charging journalist Hopewell Chin’ono under a provision that was struck off from the statute by the Constitutional Court in 2014. In the Chimakure case, the court held that s. 31(a)(iii) of the Criminal Code was VOID,” said Magaisa.

The magistrate ordered the prison authorities to ensure that he is remanded in isolation.

HARARE - Outspoken journalist Hopewell Chin'ono has been remanded in custody to Monday 11 January 2021 following his arrest on Friday where he is accused of 'communicating falsehoods.' The latest charges are related to a tweet he made commenting on a vi...
Share via
x
More Information